found and painted paper, metal base

Non-objective artist Aimée Farnet Siegel works with color and line through the medium of hand-painted and manipulated paper.  Her works inhabit space outside the two-dimensional plane of paint on canvas and have a depth beyond collage and are closer in nature to assemblage.

Treating refined pulp much as a ceramicist would clay or a designer would bolts of fabric, Siegel renders, rents, and reassembles the tactile medium in creating two- and three-dimensional works.  Working with 16-foot rolls of paper and miscellaneous fragments and glue, the results range from asymmetrical hangings to sculptural, free-standing figures.

Born in New Orleans in 1963, Siegel received her BFA from Louisiana State University and later studied at the New Orleans Academy of Fine Arts.  She developed a career as a graphic designer and incorporated as Aimée Farnet Design Group in 1985.

Siegel began creating art in 2005.  She has shown at the Ogden Museum of Southern Art and the New Orleans Art Center.  She has since exhibited in solo shows at Barristers Gallery, New Orleans, and in group exhibitions with Blue Spiral Gallery, Asheville, NC and, in New Orleans at Second Story Gallery and Degas Gallery. Currently on view at the Contemporary Arts Center, New Orleans is Siegel’s site-specific installation, entitled Principle of Uncertainty, in conversation with works in the international group show, Hinge Pictures: Eight Women Artists Occupy the Third Dimension.

Siegel teaches at the New Orleans Academy of Fine Arts and is an independent curator.  She has two grown children and works and lives in New Orleans with her husband.

Sheila Bosworth and Thomas B. Lemann 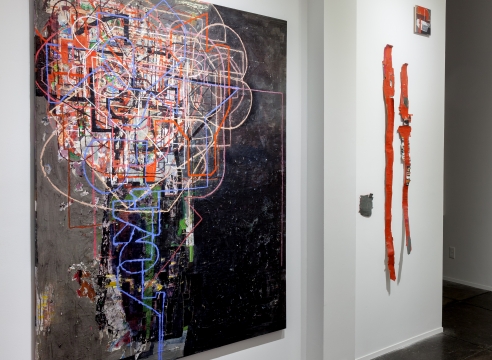 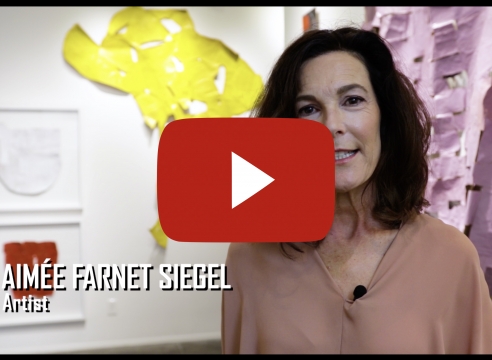