‘Children of the Night’ is a collaboration between Fein and New Orleans street artist MRSA, member of several local graffiti crews including: Young Rectums, Tweenz Kult, and Illegal Trouble. The two artists have actually worked together for years, but this is their first outing of any kind on a gallery wall. Here they make wood reliefs that run from mythic and figurative to formal and starkly abstract. The work reflects MRSA’s interest in the “fantastical” with content from “all persuasions of mythology -- Greek, Christian, Roman, Nordic and more.” In his graffiti, he starts with myth, then "adds chaos to disrupt the known patterns.” The mash up between the graffiti artist’s oddly classical inspiration and the studio artist’s oddball-outsider methodology is a pleasing one, and we expect this brief experiment to yield more fruit with time. 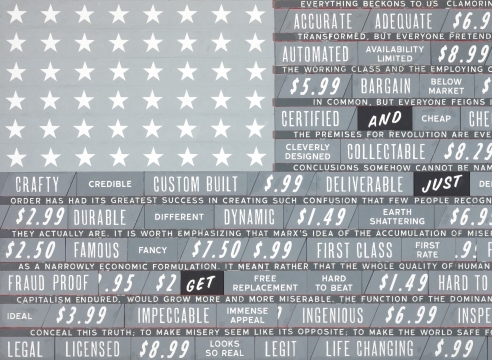