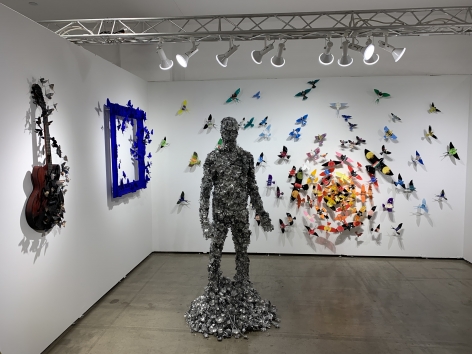 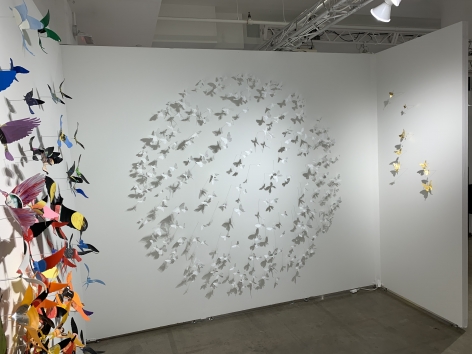 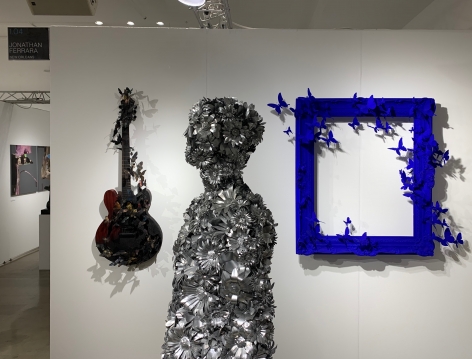 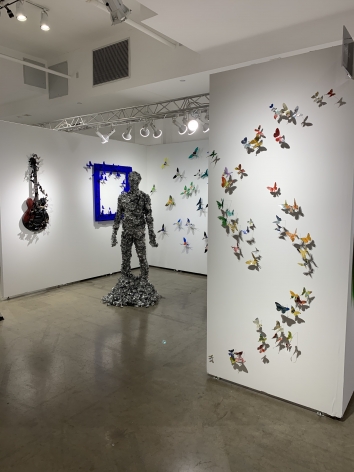 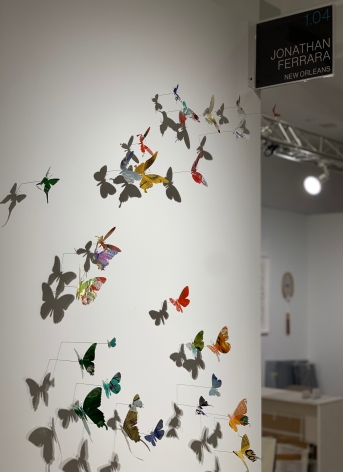 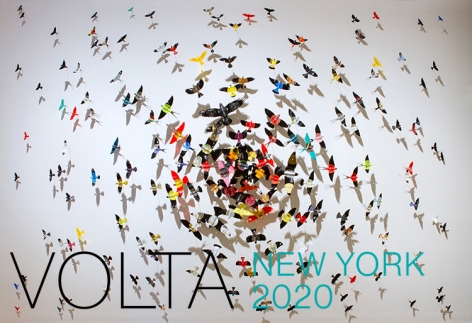 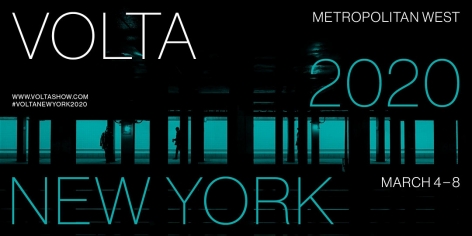 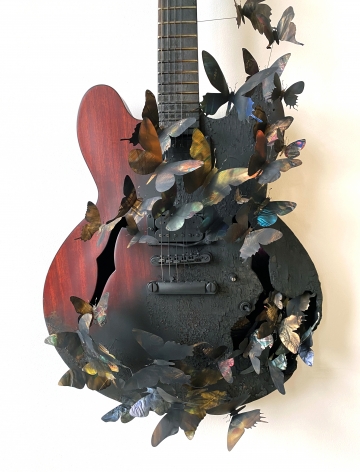 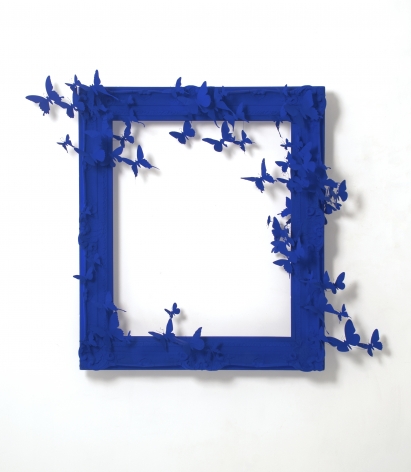 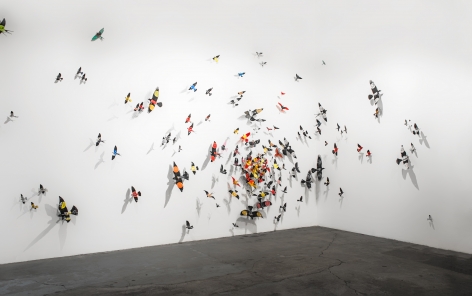 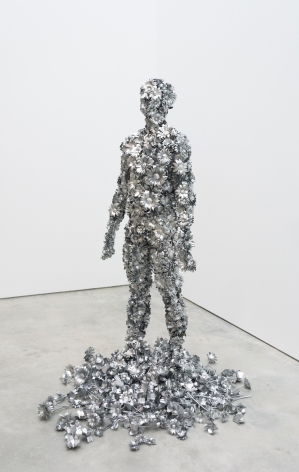 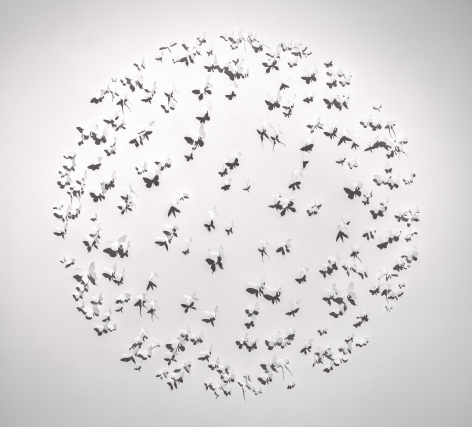 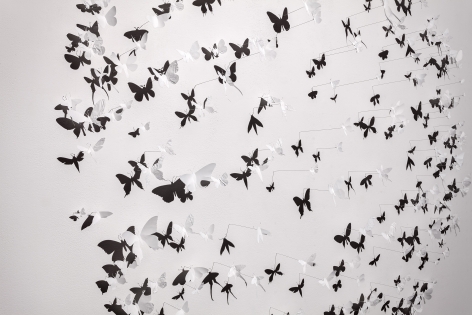 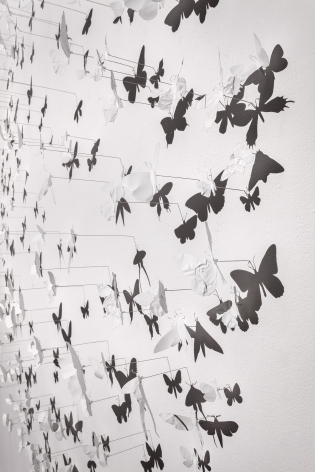 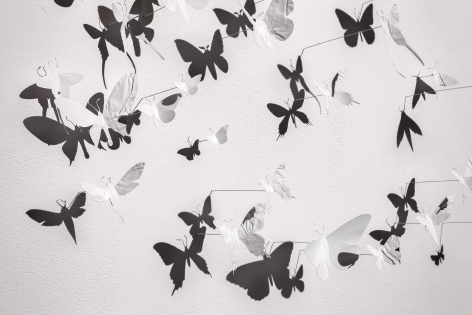 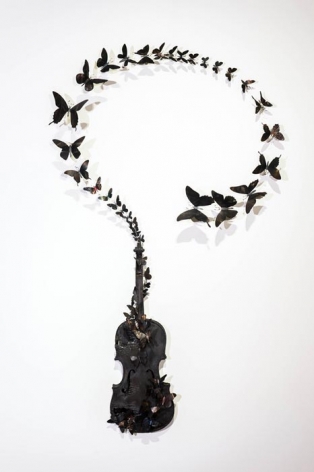 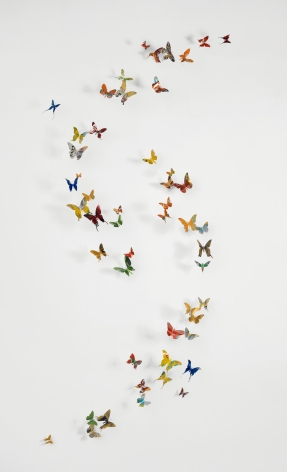 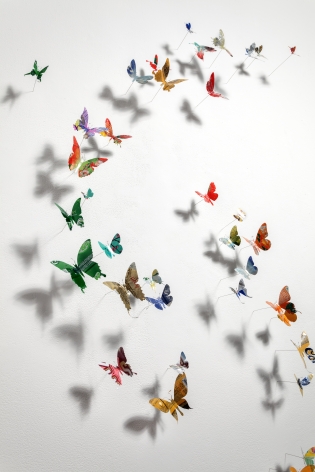 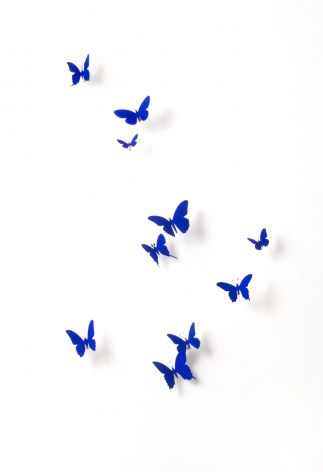 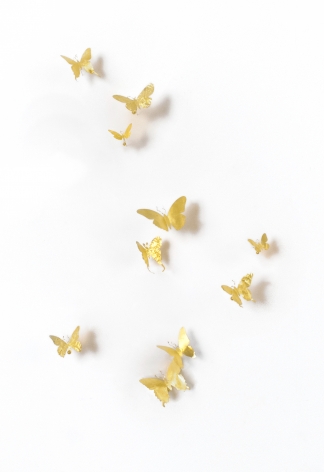 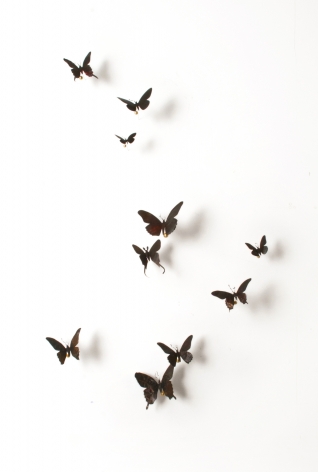 JONATHAN FERRARA GALLERY is at VOLTA NY this year, showcasing the artwork of Paul Villinski. The art fair will be at Metropolitan West (639 West 46th Street, New York, NY 10036) and will run from 4-8 March 2020.

PAUL VILLINSKI has created studio and large-scale artworks for more than three decades. Villinski was born in York, Maine, USA, in 1960, son of an Air Force navigator. He has lived and worked in New York City since 1982. A scenic route through the educational system included stops at Phillips Exeter Academy and the Massachusetts College of Art, and a BFA with honors from the Cooper Union for the Advancement of Science and Art in 1984. He lives with his partner, the painter Amy Park, and their son, Lark, in their studios in Long Island City, NY.

His work has been included in numerous exhibitions nationally. A mid-career retrospective, “Farther,” is currently on view at The Taubman Museum of Art in Roanoke, VA, through July, 2018. Recent solo exhibitions include “Paul Villinski: Burst” at the McNay Art Museum in San Antonio, TX and “Passage: A Special Installation,” at the Blanton Museum, University of Texas, Austin. Recent group shows include “Material Transformations” at the Montgomery Museum of Art, Montgomery, AL; “Re: Collection,” at the Museum of Arts and Design, New York, NY; “Making Mends,” at the Bellevue Museum of Arts, Bellevue, WA; and “Prospect .1,” an international Biennial in New Orleans, LA. “Emergency Response Studio,” a FEMA trailer transformed into an off-the-grid mobile artist’s studio, was the subject of a solo exhibition at Rice University Art Gallery, Houston, TX; the exhibition also travelled to Ballroom Marfa, in Marfa, TX; Wesleyan University’s Zilkha Gallery, Middletown, CT; and the trailer was featured in the New Museum’s “Festival of Ideas for the New City”, in New York, NY.

Villinski’s work is widely collected, including major public works created by commission. “SkyCycles,” three full-scale “flying bicycles” was installed at “Ocean Breeze,” a new Parks and Recreation Track and Field facility, through the New York City Percent for Art Program. The City of New Haven Percent for Art Program commissioned “Dreamdesk,” a flying school desk with 18’ wingspan which was installed at the entrance to the East Rock Magnet School in 2014. Permanent collections include the National Soaring Museum, Elmira, NY; the Museum of Arts and Design, NY; the New Orleans Museum of Art, LA; the Virginia Museum of Fine Art, Richmond, VA; Miami International Airport; the Museum of Contemporary Art, Jacksonville, FL; and the University of Michigan Mott Children’s and Von Voitlander Women’s Hospital, Ann Arbor, MI. Corporate collections include Fidelity Investments; Microsoft; Progressive Insurance; the Cleveland Clinic; ADP; McCann Erickson International; New York Life; Ritz-Carlton and many others. He has been a recipient of a National Endowment for the Arts grant, and has been an Artist-in-Residence at the Serenbe Institute, GA; Socrates Sculpture Park, NY; the Millay Colony, NY; the Ucross Foundation, WY; the Djerassi Foundation, CA; and the Villa Montalvo Arts Center, CA. He is represented in New York by Morgan Lehman Gallery; in New Orleans by Jonathan Ferrara Gallery; in Jackson Hole, Wyoming by Tayloe Piggot Gallery; and in Palm Desert, California, by Austin Art Projects.

A pilot of sailplanes, paragliders and single-engine airplanes, metaphors of flight and soaring often appear in his work. With a lifelong concern for environmental issues, his work frequently re-purposes discarded materials, effecting surprising and poetic transformations.

The artist says of his source material:

I have a relationship with Sure We Can, a reclamation center started and staffed by homeless "Canners" in Bushwick, Brooklyn.  All the aluminum cans have come from them for last several years. We had to convince the canners to collect the crushed cans, as these cans can't be redeemed for deposit and are truly worthless. I pay the canners more than the going rate for the cans, and have donated an installation which is installed in the facility. The future of Sure We Can is in jeopardy as the lot it's on is for sale. 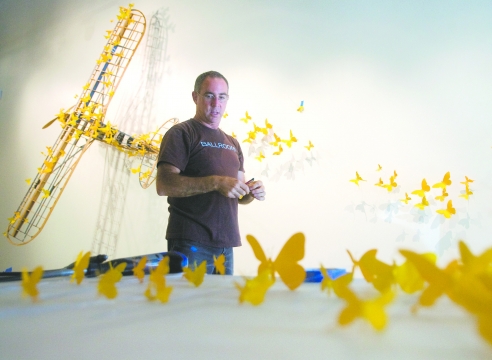