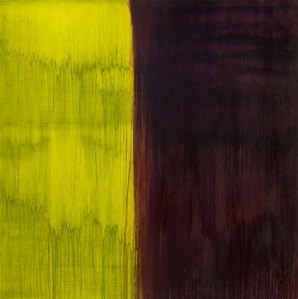 “The water in a vessel is sparkling; the water in the sea is dark. The small truth has words which are clear; the great truth has great silence.” – Rabindranath Tagore

Is there anything more beautiful, dynamic, and awe-inspiring on our planet than water?  It is the conduit of life.  It is the the substance of vitality.  It is also the incubator of our worst nightmares. It lies within us and without us. It is the be all and end all. The alpha and the omega. It is simply the most precious substance on our planet.

Yet, we take it for granted for the most part.  That is until we either loose access to it or it strikes us down.  The fresh and salt waters that we depend on to sustain life on this planet are constantly being polluted by the chemicals and waste we release into it on a daily basis. We are turning our oceans, rivers and lakes into toxic wastelands. Recently, we have even managed to pollute the waters in our ground table in our search for natural gas. The connection we have had with water as a life affirming substance is being stretched to a breaking point that would have been unimaginable just 300 years ago. It is beyond obvious that we desperately need to start reevaluating our relationship with water, not only for our own personal health but the health of our planet as whole.

Something of this sentiment is expressed in a body of artwork currently being exhibited at Heriard-Cimino Gallery in New Orleans.  Artist Anastasia Pelias has installed a suite of paintings titled “Washed (to the Sea and Other Waters)” there. The exhibition is a visual love poem to the sea in general, along with some of her favorite bodies of water around the planet. Each painting is devoted to a specific body of water, a general area of concentration, or a mythological deity associated with water.

Rather than simply attempting to paint a detailed, representational depiction of these subjects, Pelias stays true to her penchant for abstraction, however. The paintings are large to mid-size color fields or monochromes that are rendered based on a very human scale in order to allow the viewer to feel that they are either inside the works or intimately connected to them.  From a distance, the works operate as expansive squares and rectangles of luminous color. As one gets closer, an awareness of the fluidity of the work comes to the fore. Pelias has used layers of thin oil and turpentine washes to cover her canvases. Streaks, trickles and veils of color catch the eye and provide an infinite array of painterly incident which provide access to the deeper meaning of the work.

In “For Poseidon (delft blue, violet deep),” Pelias pays tribute to the Greek god of the sea.  In this instance, it may help viewers to know that Pelias descends from a line of Greeks, and her heritage plays an important part in her life. The ancient Greeks, a generally sea-faring people, had a vital connection to the sea, and they expressed this in their veneration of Poseidon. The god was portrayed by the Greeks as a regal and mysterious force to be respected. Pelias manages to invoke this portrayal in her painting, combining two fields of deep blue and violet. Both colors refer to royalty, mystery, and unfathomable depths. Another work in the exhibition is connected to Greece as well. “July at Velanio (ultramarine, cyane, yellow)” refers to the beach at Velanio on the Greek island of Skopelos. Here, Pelias juxtaposes a field of blue against a stoically dark field of green to mimic the meeting of the sea with the verdant yet abrasive cliffs that is breath-takingly apparent at Velanio Beach.

As a resident of South Louisiana, in general, and New Orleans specifically, Pelias has had ample opportunities to commune with water. South Louisiana is surrounded and riddled with bodies of water from the Gulf of Mexico, the Mississippi River, and a host of bayous, swamps, lakes, marshes and canals. Within the exhibition, Pelias offers three canvases in honor of the waters of her home state. “Louisiana (chrome yellow, oriental blue)” reaches to the heart of the state’s topography.  It is a field of yellow juxtaposed with a striation of blue to its side.  Pelias has laid a thin veil of blue wash over the yellow, transforming it into a vast, moist plain of green. The painting absolutely speaks to the ubiquity of water in Louisiana, and its power to render the land into a lush zone of vegetal abundance.  “Bayou Sauvage (golden green, violet umber)” explores the feel of the Bayou Sauvage National Wildlife Refuge: the only national wildlife refuge within the limits of a city in the United States.  On the eastern boundary of the city of New Orleans, the site contains a world of brackish waters, bayou, swamp and marsh. Pelias evokes this meeting of water, mud, grass, moss and murk in the her painting to great effect. The other Louisiana moment in the exhibition seems to be more personal. “My Mississippi (carmine alizarin, brilliant scarlet)” is a monochrome painting in the throws of a sluggish liquid fire.  It has all of the smoldering and sultry, red-hot passion of a moment spent gazing into the Mississippi from its banks in New Orleans at dusk when the sun hangs low and crimson on the horizon.

Within the exhibition, one is confronted with “My Mississippi (carmine alizarin, brilliant scarlet) upon walking into the gallery from the street. After being lost in its visual hold for a minute or two on my visit, I was shocked by what came next in my path through the exhibition.   Right beside it is “Tulum (translucent turquiose),” a large field of shimmering, light-infused green-blue.  The effect of shifting attention from the intense saturation of red in the first painting to the cool blue of the second is astonishing and plays some amazing tricks on the eye.  It’s as if one is being sucked out of a womb into a bright and boundless sea.  It’s almost an instance of rebirth and definitely a moment within the exhibition one should experience in person. “Tulum (translucent turquise)” refers to the crystal-clear blue Caribbean waters off the shore of Tulum, Mexico.

Rounding out the exhibition are two canvases that refer to bodies of water in Africa.  “To the Fertile Nile (viridian, echtorange, prussian blue)” mimics an aerial view of the silt-laden Nile River running along its fertile banks, delivering the richness of its bounty to the land.  A much more imaginative and poetic take on water can be found in “Oshun’s Rivers (translucent orange, indian yellow).”  Here Pelias pays hommage to the Yoruba goddess of rivers and water. According to Yoruban mythology, Oshun tends to the life-giving waters of West Africa while knitting at the bottom of her rivers. Oshun is traditionally associated with the color yellow.  In Pelias’ painting, a field of striated orange tops a field of yellow with a thin strip of the orange falling into the bottom yellow field. It is a moment of succinct, sun-drenched bliss within the exhibition.

“Washed (to the Sea and Other Waters)” is a testament to the variety of shades and aspects that water can take on in nature and in our lives. What is surprising in the exhibition is that Pelias manages to speak of this through the use of color field and monochrome painting.  Whereas Mark Rothko and Ad Reinhardt used these painterly strategies to speak of the flatness of the picture plane and grand themes tethered to the ether of platonic ideals, Pelias weaves together a personal story of her interactions with and remembrances of a handful of global marine sites and mythologies that have significance to her, as well as millions of others.  With her suite of paintings, Pelias brings abstraction back down to earth and deep into the substance that sustains life on this planet.

I imagine that more than a few viewers would accuse Pelias of painting nothing with this body of work.  The familiar cries of “I could do that,” “A child could do that,” or “It’s just a bunch of empty paintings” always accompany viewings of work such as this.  Comments like this don’t take into account the history of art, much less the specific history of abstraction, or the amount of work and thought that it takes to make a successfully abstract painting.  Then, there is the issue of depth. As expressed in the opening quote above by the great Bengali poet and artist Rabindranath Tagore, silence says more about the universe that we live in than a billion words, after all the vast stretches of space out there are silent.  The same can be said of abstraction. Representional images can only get one so far in pursuit of visual truth.  At some point, they all become lies and referents to other things.  I say this not to denigrate representation, but only to point to the value of abstraction as a way to move past the images the world gives us to creating our own images that speak to the great depths of our minds and the universe at large.

So, Pelias actually occupies a position right at the nexus of representation and abstraction with the works in “Washed (to the Sea and Other Waters).” It is a position from which she weaves together a wordless love poem to and a silent story of the seas and painting, itself.  Dynamic doesn’t even begin to describe the depths of what lies on and beneath the surface of Pelias’ current body of work.