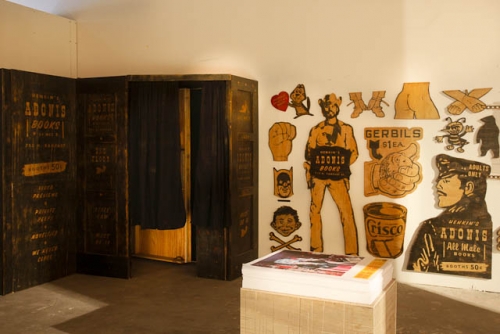 Skylar Fein´s installation “Remember the Upstairs Lounge” walks visitors right through the swinging doors of the Upstairs Lounge, a popular gay bar in New Orleans’ French Quarter that burned down with everyone inside, killing 32 people and injuring dozens more in 1973.

It was the worst fire in New Orleans history. For such a shocking event, it is (perhaps not surprisingly) little known. Police knew it was arson but could never find hard evidence and the main suspect was never charged as most of the witnesses would not speak to the police – a strange reformulation of silence =death, but understandable given the hostility of the force to the gay community. All but one church refused to hold memorial services for the victims. And a city famed for its open attitude was content to look the other way. The story was allowed to fade from memory.