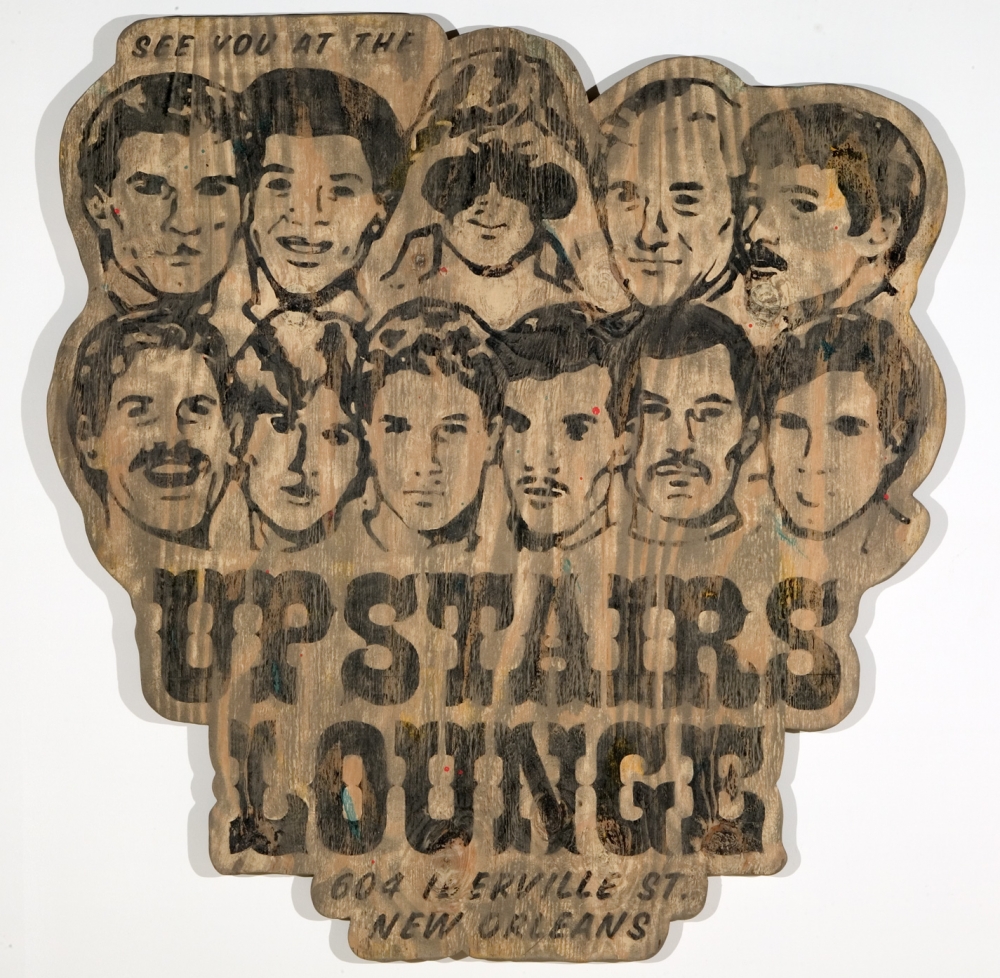 SKYLAR FEIN
See You at the UpStairs Lounge, 2008
latex on wood

Remember The Upstairs Lounge was first presented at Prospect.1 New Orleans Biennial curated by Dan Cameron in 2008, where it was one of the most talked about works in the Biennial. The exhibition shined a spotlight on an overlooked piece of New Orleans history: a fire that swept through a French Quarter bar in 1973, killing everyone inside. The worst fire in New Orleans history has never been solved. Fein's installation walked visitors right through the swinging bar doors, and offered visual riffs on politics and sexuality circa 1973. It was featured in numerous publications including ArtForum, The New Yorker, The Huffington Post, Paper Magazine, Style Magazine and The New York Times.

In May 2010, Remember The Upstairs Lounge traveled to New York where it was presented in a vacant Chelsea storefront by the curatorial organization No Longer Empty. The exhibition, once again, drew thousands of visitors and sparked renewed interest in this piece of history.

In late 2009, Fein had his first solo museum show, Youth Manifesto, at the New Orleans Museum of Art. The exhibition was an ode to punk rock as a force for social and cultural upheaval. True to form, the opening reception was shut down by police responding to the look of the unlikely art-going crowd.

Skylar Fein was the recipient of a 2009 Joan Mitchell Foundation Award and his work is in several prominent collections including The Whitney Museum of American Art, The Brooklyn Museum, The Frederick R. Weisman Art Foundation, The Louisiana State Museum, The Birmingham Museum of Art, the New Orleans Museum of Art and collectors Beth Rudin DeWoody, Lance Armstrong, and Lawrence Benenson. Skylar Fein's recent self-titled solo exhibition at C24 Gallery in Chelsea was named one of the best art events of 2012 by The Village Voice.

In addition to the Remember The Upstairs Lounge installation, NOMA has also acquired one of Fein's iconic Black Flag works, titled Black Flag for Georges Bataille.