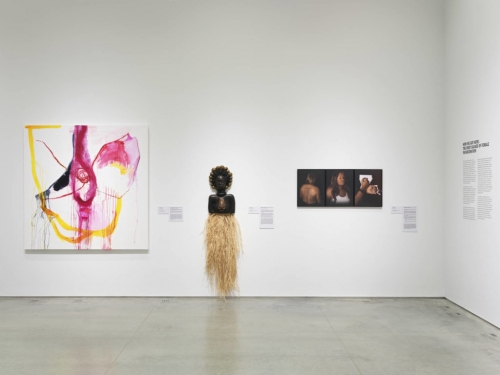 While museums around the globe are closed to the public, we are spotlighting each day an inspiring exhibition. Even if you can’t see it in person, allow us to give you a virtual look.

What the gallery says: “‘Per(Sister)’ explores one of the most critical issues of inequality and injustice facing our nation today through the lens of a population too often overlooked. According to the Prison Policy Initiative, women’s state prison populations in the United States have grown 834 percent over the last 40 years—with Louisiana currently having the 19th-highest rate of incarcerated women in the world.”

“‘Per(Sister)’ seeks to educate and build awareness of the crucial situations arising before, during, and after incarceration. Stories of loss, hope, despair, survival, triumph, and persistence are shared in a variety of forms, demonstrating simultaneously the universal struggles faced by communities impacted by incarceration and the personal resilience of each woman featured.

The exhibition is divided into four sections that explore the root causes of female incarceration, the impact of incarcerating mothers, the physical and behavior toll of incarceration, and the challenges of and opportunities for reentry for formerly incarcerated women.”

Why it’s worth a look: In this illuminating show, the stories of 30 women who have been, or are still, incarcerated in Louisiana put a human voice to staggering statistics.

Some of the most startling aspects of the exhibition are in the cold data that is published in the catalogue (and available as a pdf online): that the majority of women who are locked up are victims of abuse, struggle with mental health problems, are mothers, and are nonviolent offenders. Taken together, the plight of the women who are facing such obstacles is even more impressive when it is accompanied by news of their successes, and their drive to encourage others by sharing their stories.

The show was originally staged at the Newcomb Art Museum at Tulane University, in the heart of a community dealing firsthand with issues stemming from the growing incarceration rate for women.