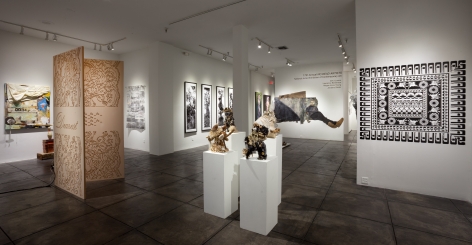 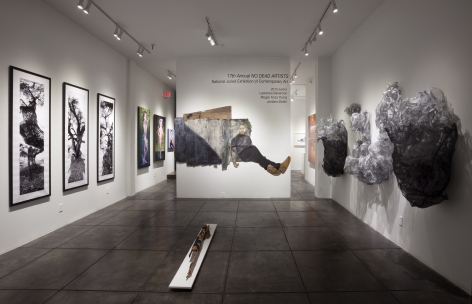 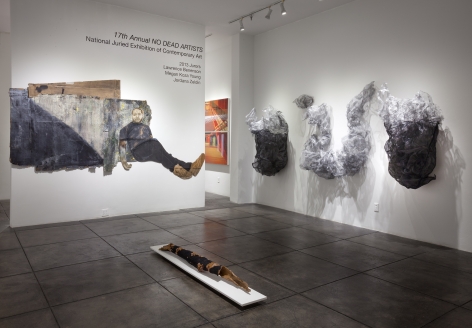 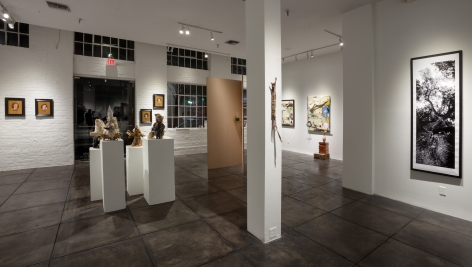 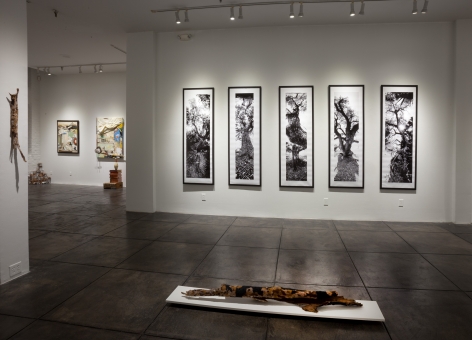 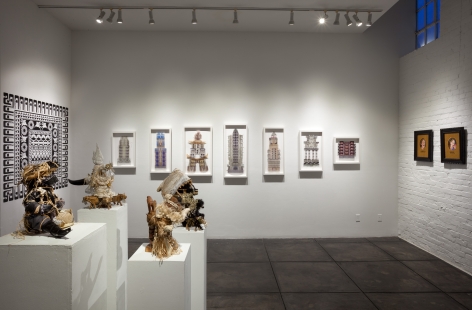 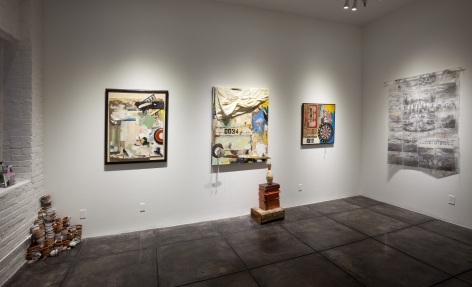 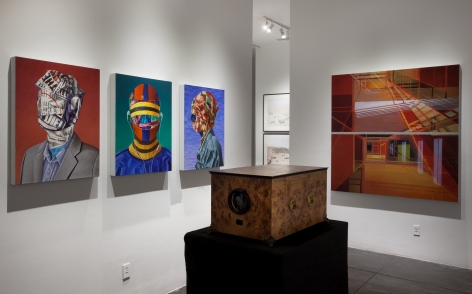 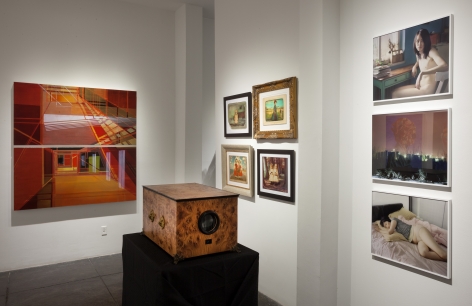 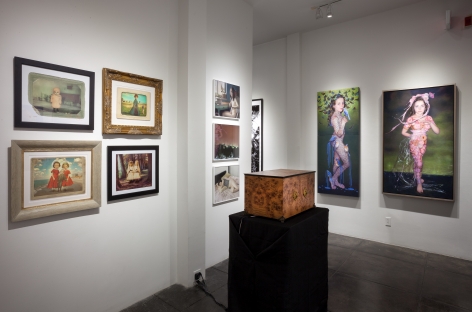 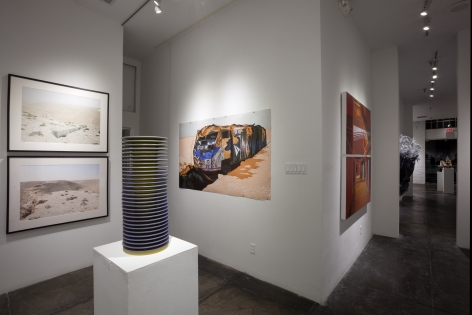 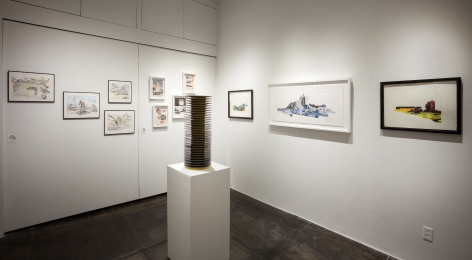 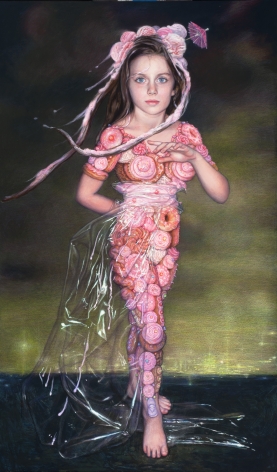 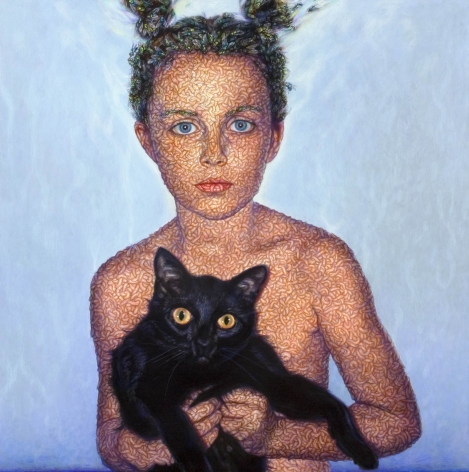 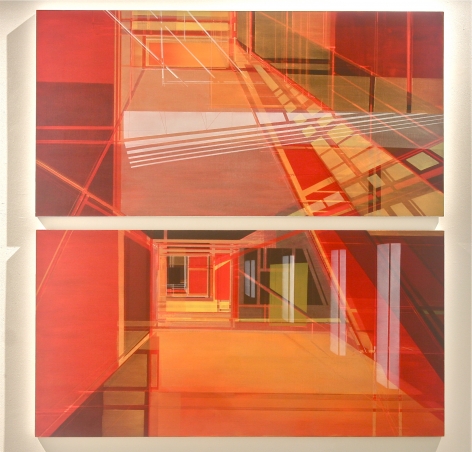 JONATHAN FERRARA GALLERY is pleased to announce the 17th edition of the annual No Dead Artists National Juried Exhibition of Contemporary Art. The exhibition will run from September 4th through September 28th with an opening reception on Saturday, September 7th, from 6-9 pm.

The exhibition has been a springboard for numerous artists leading to national press coverage, recognition, gallery representation and acquisitions by museums and other prominent collections. Each year gallery owner Jonathan Ferrara invites a panel of renowned arts professional and collectors to select the newest creative talents, and the exhibition draws a crowd of thousands interested in discovering the work of this selected group of emerging artists. The exhibition serves as a rite of passage for many artists, some of whom are developing their initial relationship with a commercial gallery.

For the 17th edition, three renowned arts professionals served as the No Dead Artists jury:

LAWRENCE BENENSON is a art collector who serves on the Board of the Museum of Modern Art in New York City. In the Benenson family tradition of civic involvement, he is an active participant in several charitable and educational institutions. Benenson is also a Board Member of the American Folk Art Museum, Museum for African Art, Cooper Union, ART/OMI International Arts Center, The Center for Arts in Education. He curated Vote for Me and I'll Set you Free last Fall at Art/Omi and helped save the American Folk Art Museum. He was a sponsor of Century of the Child at MoMA and is a sponsor of Huma Bhabha at PS1 MoMA. He is a partner at Benenson Capital Partners, member of the Real Estate Board of New York, and Vice President of the Realty Foundation of New York.

MEGAN KOZA YOUNG is the Director of the Dishman Art Museum at Lamar University while also holding the position of Assistant Professor of Art. Young also has served as Curatorial Assistant in European and American Painting, Sculpture, and Decorative Arts at the Spencer Museum of Art, Lawrence, KS. She worked on several major exhibitions including: Mary Sibande and Sophie Ntombikayise Take Central Court (2012), Matthew Neil Gehring: Brilliant Corners (2013) and Modern and Surreal Impulses: National Contemporary Printmakers (2012/2013). She has both a Master’s degree in art history and a Bachelor of Fine Arts in Photography and Graphic Design from the University of Alabama and she will receive her PhD from the University of Kansas this Spring. Her dissertation: “After the Deluge: Contemporary Artists Engage Katrina,” examines instances of contemporary art that investigates the ramifications of this catastrophic event in various ways.  Megan is particularly interested in the way visual interpretations of trauma can create or recreate collective or cultural identity in the wake of catastrophe.

JORDANA ZELDIN is Director and curator at ArtBridge, the Chelsea-based nonprofit organization dedicated to providing unprecedented exposure opportunities for the work of local emerging artists. In June of 2011, she spearheaded the transformation of the broom closet next to her office into The ArtBridge Drawing Room, a jewel-box gallery that has played host to six exhibitions including MsBehavior, a three-woman painting exhibition named a Top NYC Show by Saatchi Online Magazine and reviewed by Hyperallergic and Hi/Lo, a multi-level interactive light installation that transformed the gallery into what ArtInfo called a "topsy turvy – yet strangely tranquil – immersive environment. In Summer of 2012, her two-person exhibition, All The Boys and Girls, was selected by Amani Olu for inclusion in Young Curators, New Ideas IV at Meuelensteen in Chelsea. Her exhibitions have been featured online in The New York Observer, The Huffington Post, Whitewall Magazine and NY Arts Magazine, among other publications.

Of the approximate 2,500 artworks submitted to this jury by over 500 artists, twenty-four artists were selected to have their work exhibited at Jonathan Ferrara Gallery.

The 17th edition of this exhibition will feature 72 new works ranging from the neo-dadaist assemblages of Eugene Campbell to the vivid and organic, figurative paintings of Margaret Munz-Losch. Other highlights from the exhibition include photographs of the militarized, Libyan desert landscape by Matthew Arnold and the politically-charged, ephemeral installation of Margi Weir. No Dead Artists is an exhibition known for a diversity of media but with the cohesive view of the pulse of Contemporary Art and the 2013 exhibition is no exception.

In addition to having their works exhibited at Jonathan Ferrara Gallery, selected jury winners will be featured in an article by D. Eric Bookhardt of Gambit Weekly and Artpapers. For the grand prize of the exhibition, one of the selected jury winning artists will be awarded a solo exhibition in 2014 at Jonathan Ferrara Gallery. For more information about the 17th Annual No Dead Artists: National Juried Exhibition, please email info@jonathanferraragallery.com 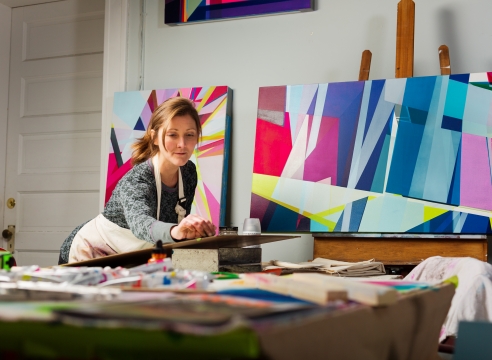