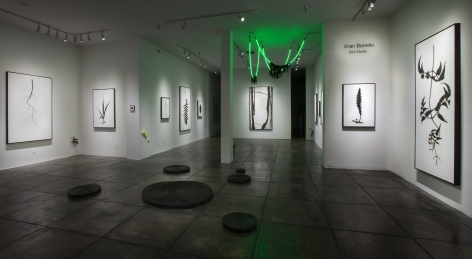 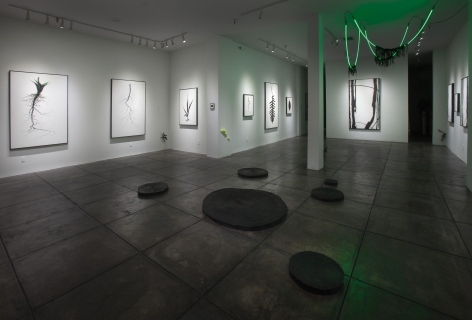 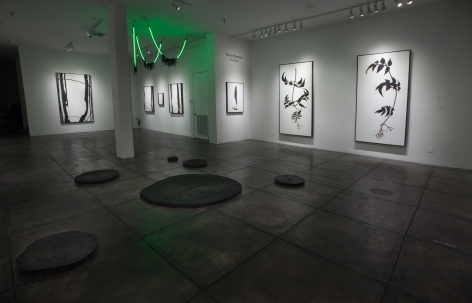 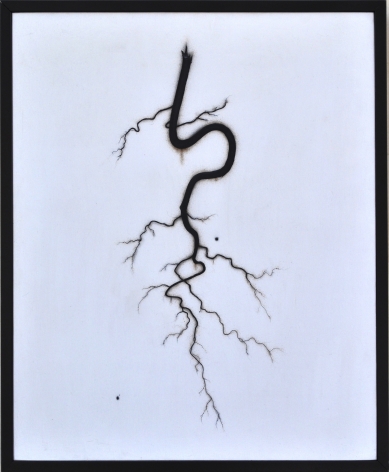 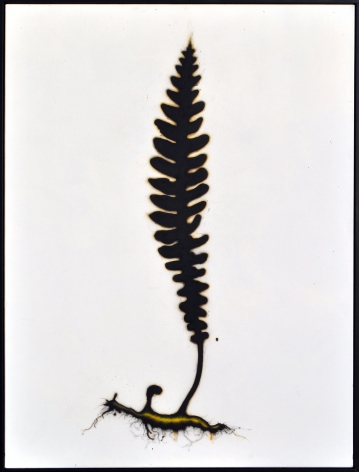 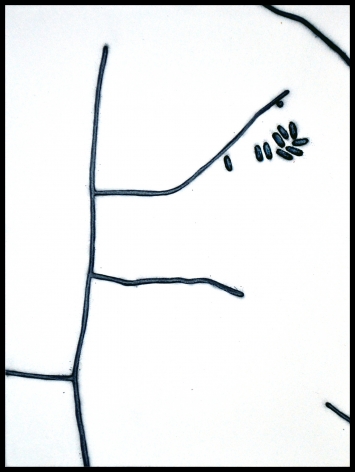 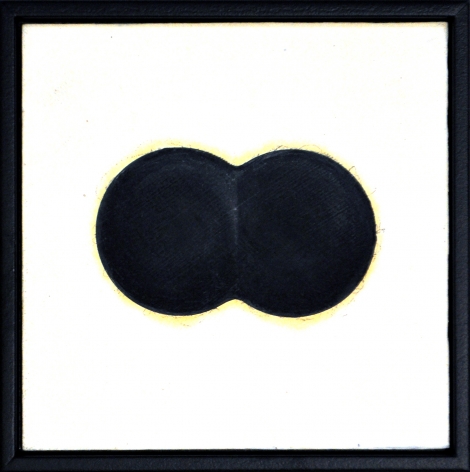 JONATHAN FERRARA GALLERY is proud to announce Dark Matter, a series of new botanical drawings and plant-based sculpture by artist Brian Borrello.  Borrello’s ethereal drawings depict detailed specimens from the natural world: vines, foliage, roots, grasses, fungi.  Like diagrams for the cycle of life, the botanical drawings express the forming and becoming of plant forms, yet also reveal the process of fragmentation and decay. Often these images are rendered in carbon-based materials such as charcoal, India ink and motor oil, to reflect the carboniferous origins of life on earth and address the interrelationship between humans and other life forms on this planet.  These works are executed on marble impregnated linen, giving them an otherworldly luminosity despite the familiar, but often overlooked nature of their subjects.

Brian Borrello says of these works:

I find inspiration in the nuances and subtleties of how living things present themselves, and my drawings are a constant thread of creative effort allowing me to refine my vision and worldview with each iteration.

I think of my drawings as “diagrams” for the way living things become, grow, mature, die, and “become” again. The hidden algorithms of life’s patterns are revealed in a twig, or the solar-optimized silhouette of a leaf. Pulled from the underground, roots suggest a connection to the Earth, rhizomes suggest a connection among common entities.

My work expresses the awesome presence of life on earth, especially in the minute and often overlooked existences among us. These are diagrams for finding my place among the living, connected with and part of the natural world. They are maps for working in a mindset of meditative presence, stopping time.

BRIAN BORRELLO is a Portland, Oregon-based artist who was raised in New Orleans and is well known for his environmental works and public art projects. His two dimensional works are rendered in India ink, charcoal and motor oil on marble impregnated linen. In Borrello's work, growth patterns, principles of biological organization and natural phenomena are magnified and expressed through the lyrical movement of a root, the curve and projection of a thorn or the sinuous tangle of mycelia.

Borrello has served as an artist/facilitator with the U.S. Army Corps of Engineers and the Environmental Protection Agency, as part of the Brownfields Initiative Program. He holds a bachelors degree from the University of New Orleans and an Master of Fine Arts degree from Arizona State University. His artwork has been exhibited widely in galleries and museums, and is in numerous collections, including Portland Art Museum; New Orleans Museum of Art; the City of Portland, Oregon; the Oregon Zoo; the Audubon Zoological Institute; and the Four Seasons Hotel in Washington, D.C., among others. His public art projects can be seen throughout Oregon, Louisiana, California and Colorado.