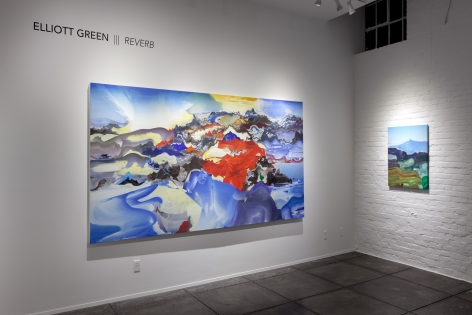 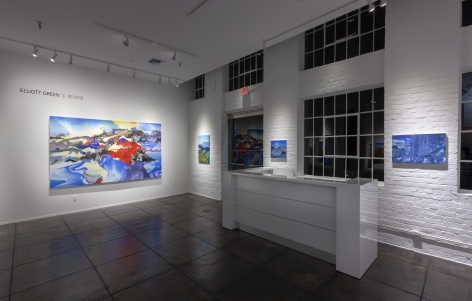 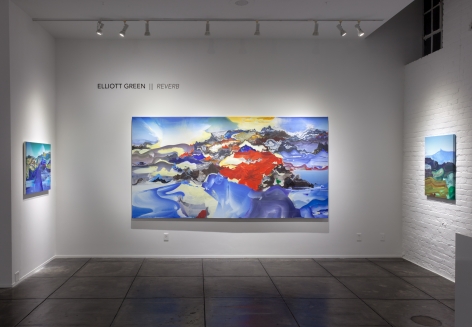 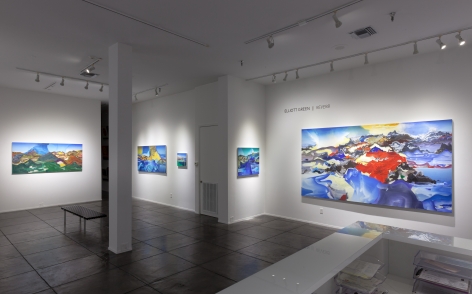 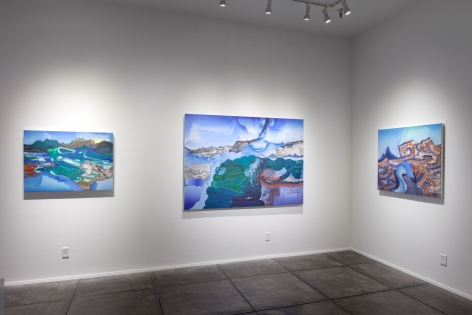 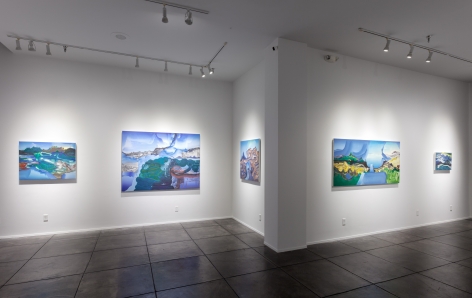 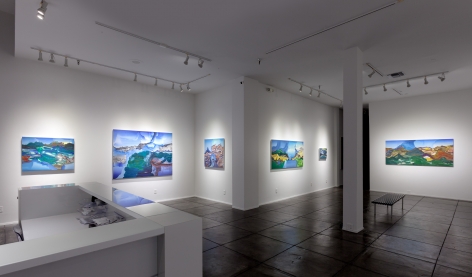 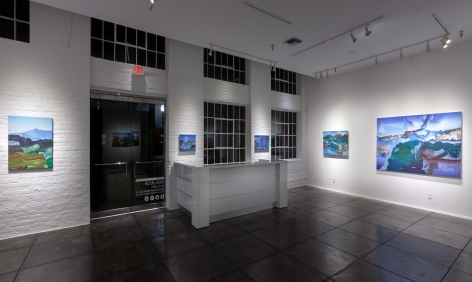 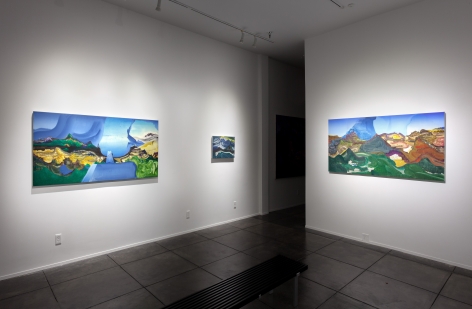 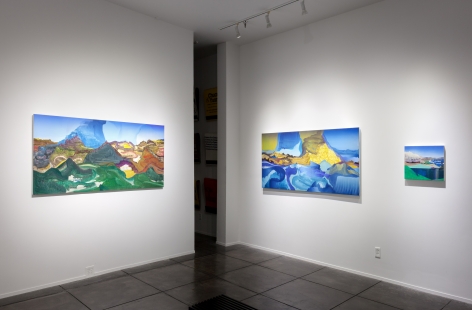 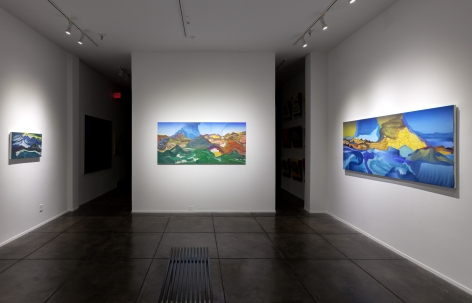 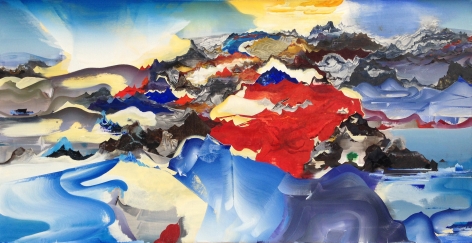 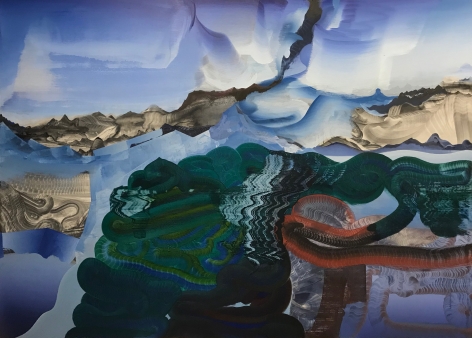 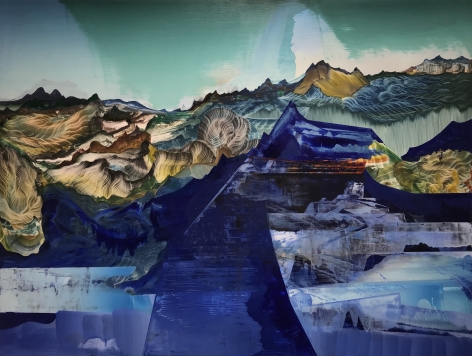 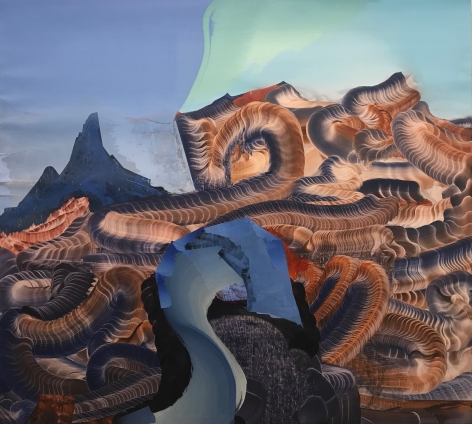 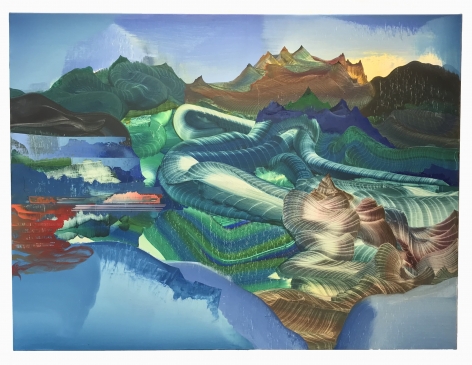 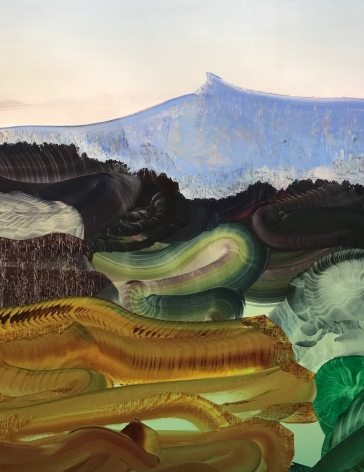 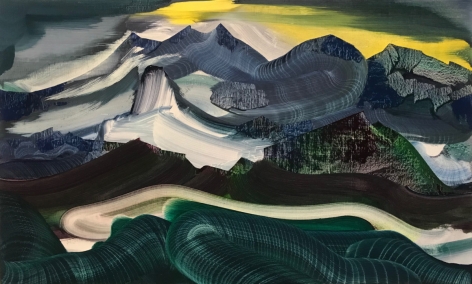 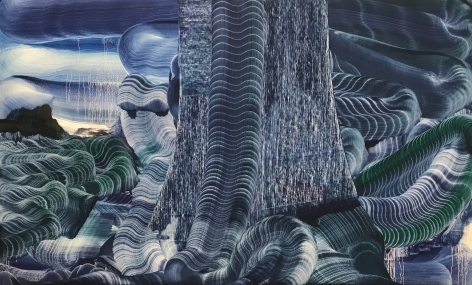 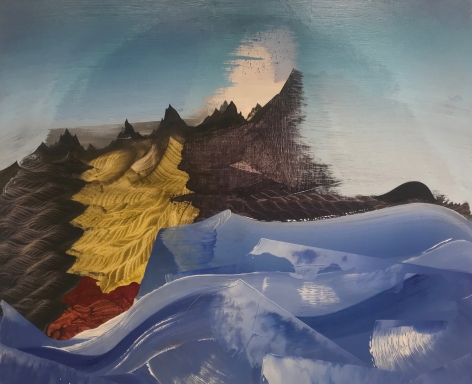 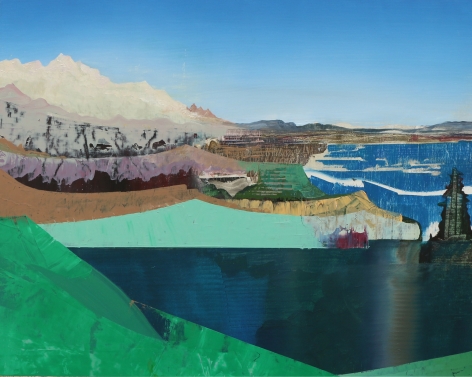 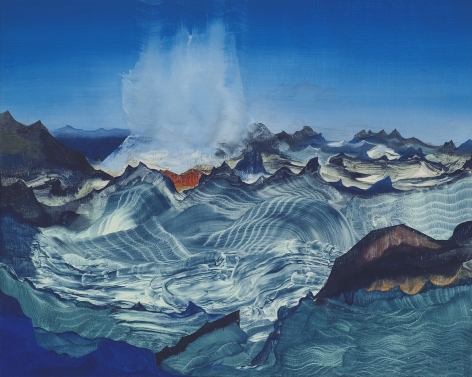 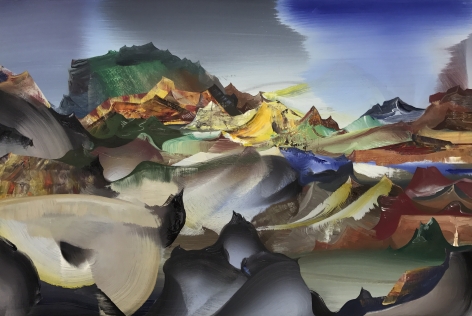 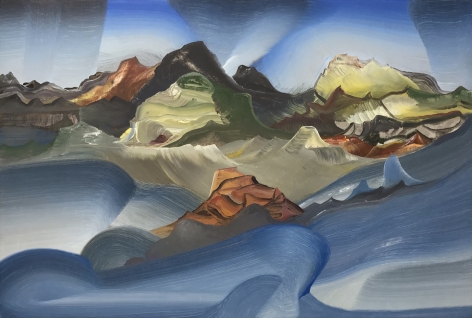 Elliott Green continues to explore beyond the established boundaries of painted landscape with this recent selection of work that features interwoven sequences of abstract bands flowing in motion and vibrating with color and light. A rhythmic undercurrent circulates through these environments, and an overlay of various solidified forms stabilize that pulsing energy. Green re-animates the landscape. The places in Green’s paintings are quietly inhabited with aspects of personification. In the abstract shapes of mountains, water forms and skies there are glimpses of expressive emotion imbedded in curves that hint at the trace of eyes, mouths and bodily postures. These scenarios are in perpetual motion with mountainous forms pitching and swaying on sinuous courses and skies that fleet through shifting moods. The metaphorical connection between the psyche and the landscape give these paintings an active and interesting depth and dynamism that transcends the face of surface.

Elliott Green was born in Detroit, Michigan in 1960 and has been making paintings in New York since 1981. After spending a year in Rome in 2012, his work developed a new sense of space and landscape, characterized by panoramic, far-reaching vistas, and geophysical features like mountains, reservoirs and skies that seem to melt impossibly into pure gesture. In his recent work, the conventions of landscape are upended to produce a visual experience of equal parts gestural energy, emotion, memory, and metaphor.

Until a decade ago, Green believed that his, “home was in his head, and the ideas and images it produced would be generated independently wherever he went”.  He is now aware that, “every new environment he enters in some way influences the way he thinks and the paintings he makes.”

Jana Prikryl notes, “Elliott Green’s paintings appear to be in continuous motion, the way animals, plants, and ultimately rocks and mountains are in continuous motion, even when our human vision fails to apprehend it. Placing great thick gestures of paint amid minute intricacies and vice versa, his compositions demonstrate the movement of the universe on both the macro and the micro scales.” 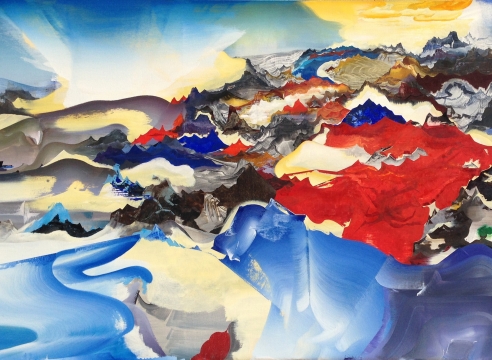