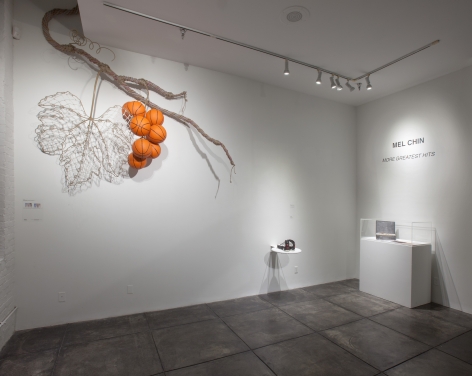 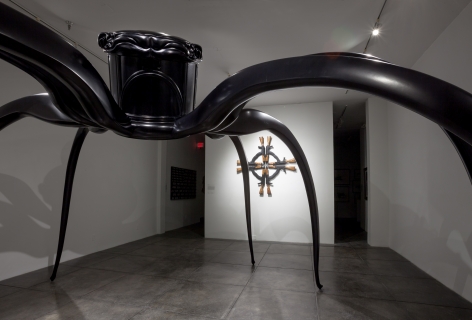 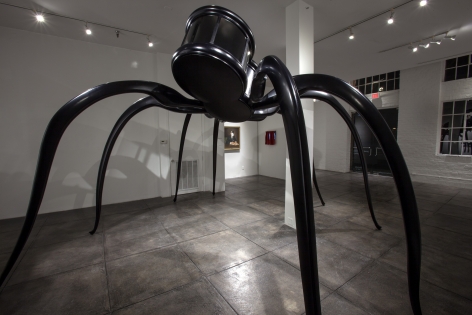 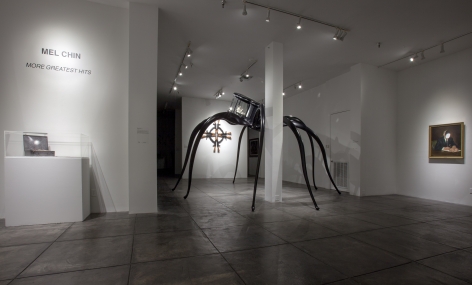 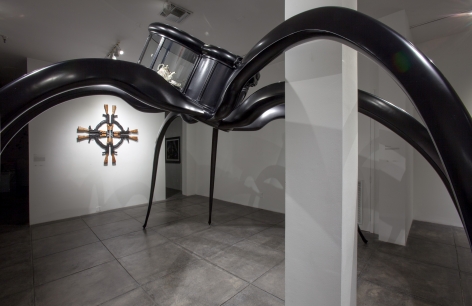 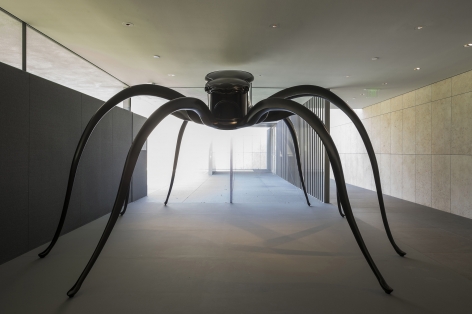 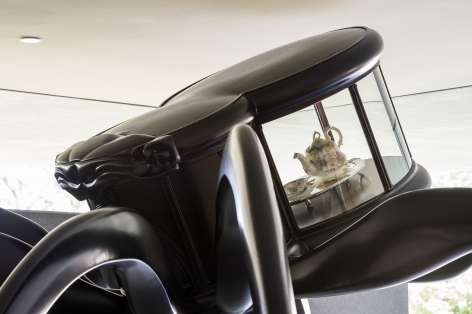 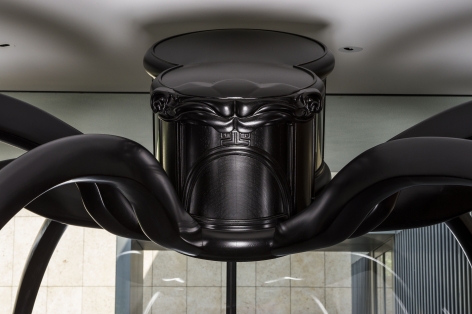 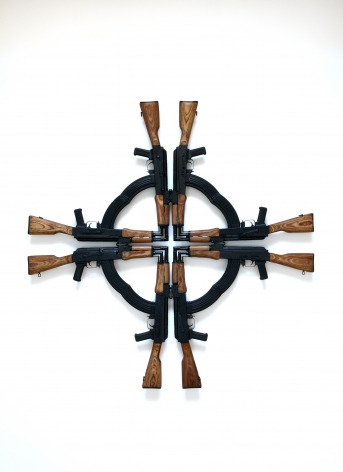 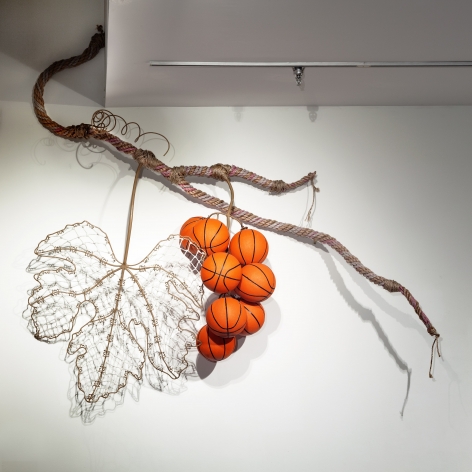 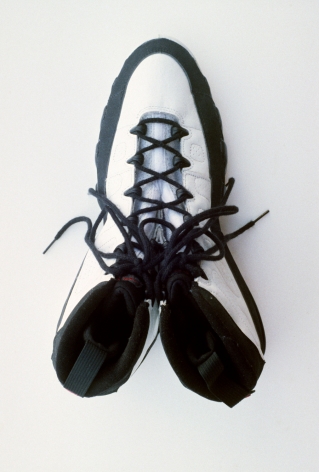 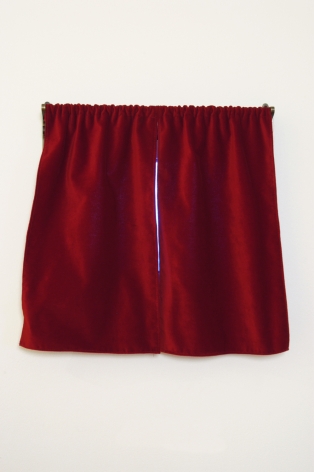 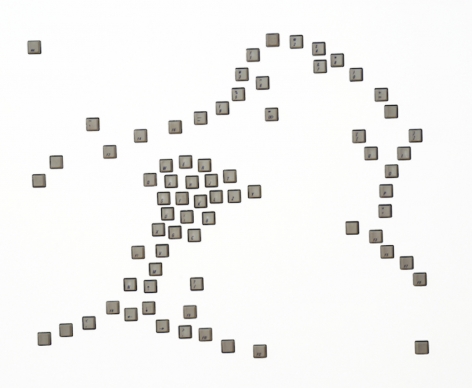 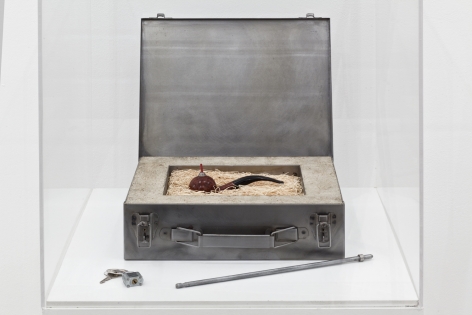 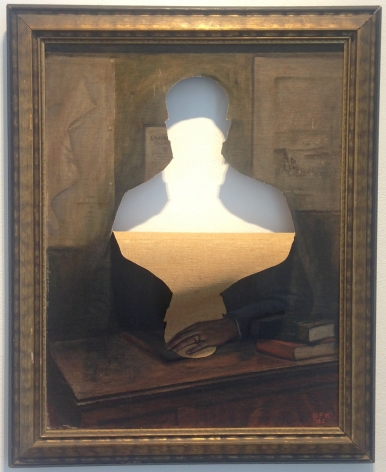 In advance of the major Mel Chin retrospective exhibition, Rematch, at the New Orleans Museum of Art, Jonathan Ferrara Gallery presents a rich selection of over twenty works by Mel Chin including works on paper, small sculptures, and a recent major work, the Cabinet of Craving. All works reflect the diversity of Chin’s concerns: current events, power and politics, cross-cultural aesthetics, complex ideas, all made with exquisite craftsmanship in service to concept.  Drawings reflect multiple themes, from the destruction of culture in an ancient society to enigmatic pairings of cultural motifs.  Skillful, sophisticated renderings of unexpected images are mysterious, magnetic, and moving.

Since it’s hard to reveal all the selections for the retrospective, I can offer some additional hits to convey the shapes of things to come. - Mel Chin

Among the works in the gallery are: Cross for the Unforgiven, a conflation of powerful representative iconographies.  Eight AK-47s come together in a new arrangement of creation and destruction projecting both belief and violence at once, and yet open to individual interpretation.  Imperfect Pearls in the Ether of Infinite Labor, a combination woodcut and lithograph, is a gorgeous abstract homage to collective aesthetic effort.  QWERTY Courbet, an imbedded wall sculpture, comes from a dream and evokes the master artist Gustav Courbet’s L'Origine du monde. Contemporary use of, and obsession with, the internet and an historical origin of the male gaze are reflected in the active keyboard and computer screen. Also expect rare, esoteric, stand-alone works derived from source material executed during Chin’s research and development of installations and projects.

MEL CHIN was born in Houston, Texas and began making art at an early age. He is known for the broad range of approaches in his art, including works that require multi-disciplinary, collaborative teamwork and works that conjoin cross-cultural aesthetics with complex ideas.  He developed Revival Field (1989-ongoing), a project that pioneered the field of "green remediation," the use of plants to remove toxic, heavy metals from the soil.  A current project, Fundred Dollar Bill/Operation Paydirt, focuses on national prevention of childhood lead-poisoning.  Mel is also well known for his iconic sculptures, works that often address the importance of memory and collective identity, and for inserting art into unlikely places, including destroyed homes, toxic landfills, and even popular television, investigating how art can provoke greater social awareness and responsibility.  His work is exhibited extensively in the U.S. and abroad and was documented in the popular PBS program, Art 21: Art of the 21st Century.  His proposal for a New World Trade Center was part of the American representation at the 2002 Venice Biennale of Architecture.  Mel is the recipient of numerous national and international awards, including four honorary doctorates. A monograph of the installation, The Funk & Wag from A to Z, is being published by the Menil Collection and distributed by Yale University press in 2014, and a traveling retrospective exhibition of his work, titled Rematch, will open at the New Orleans Museum of Art in February, 2014.