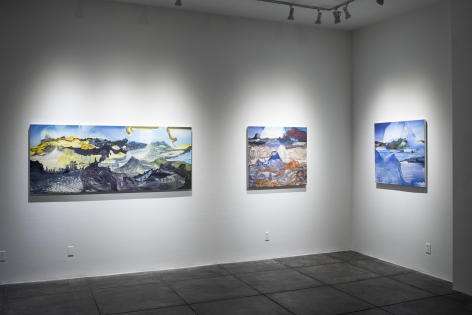 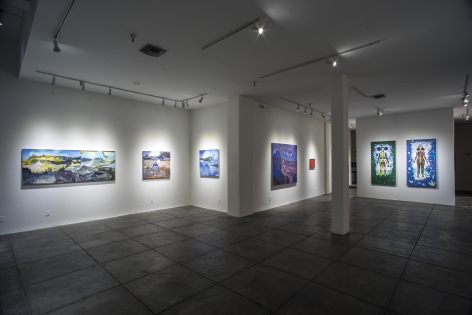 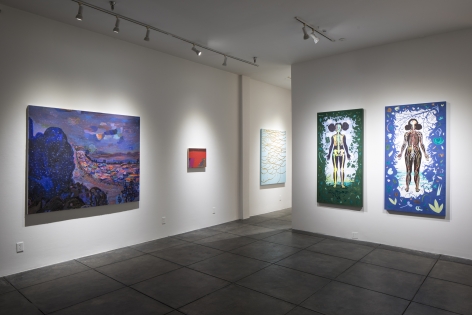 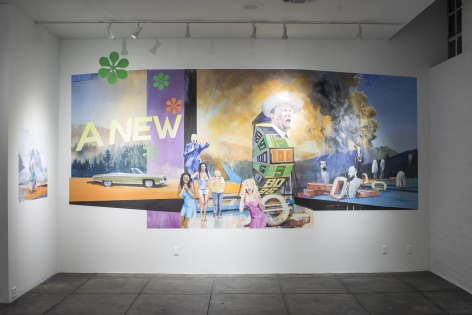 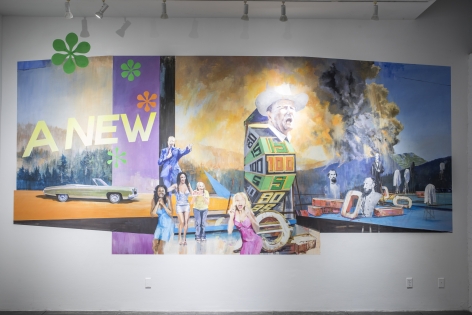 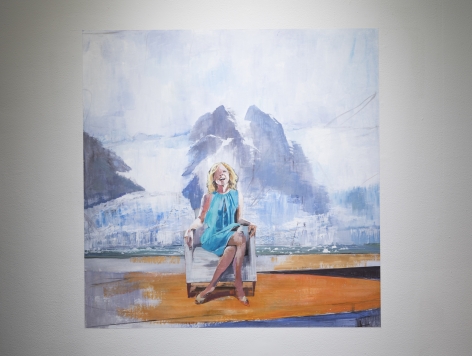 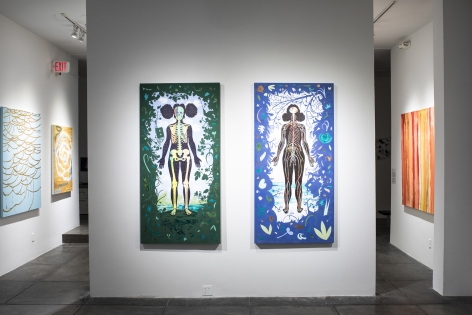 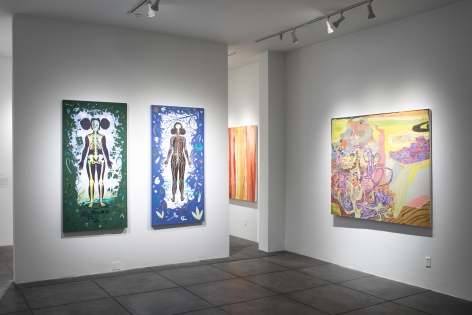 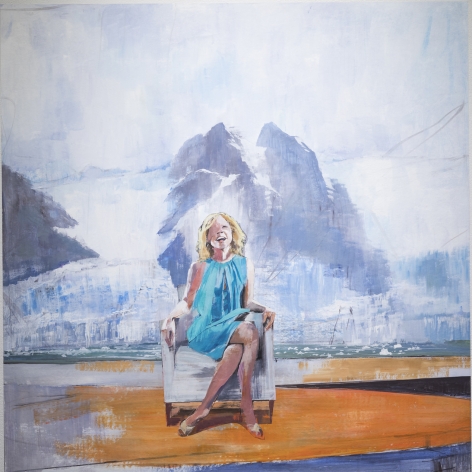 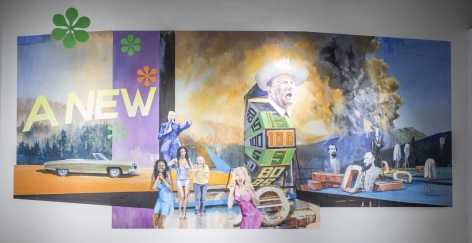 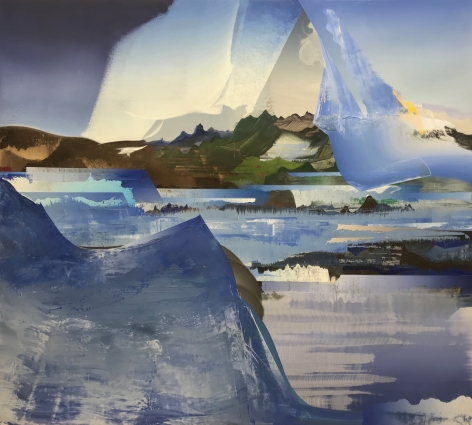 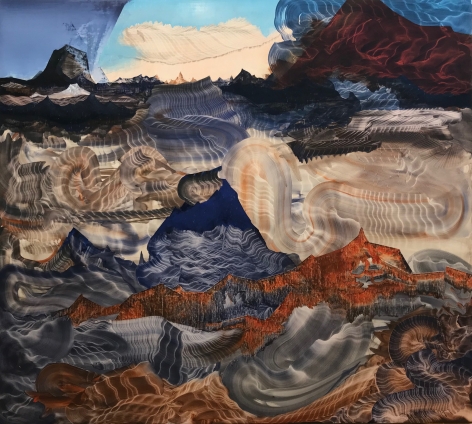 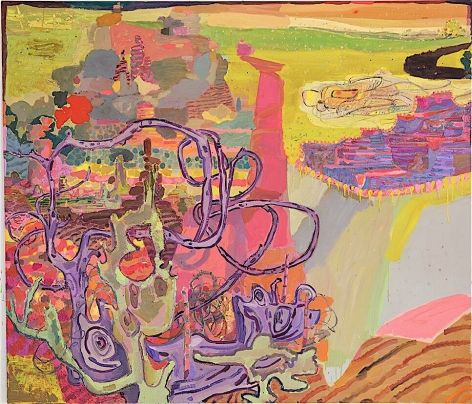 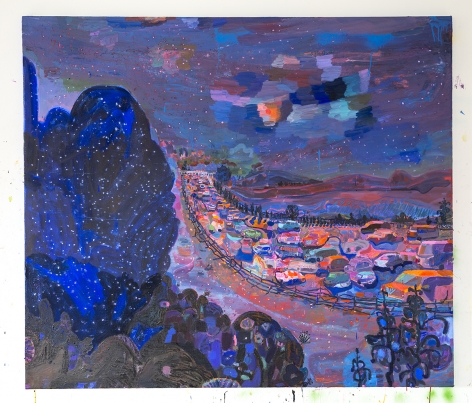 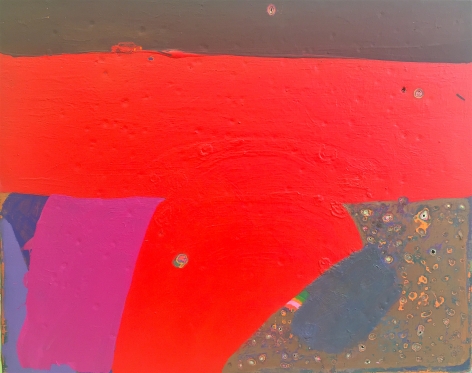 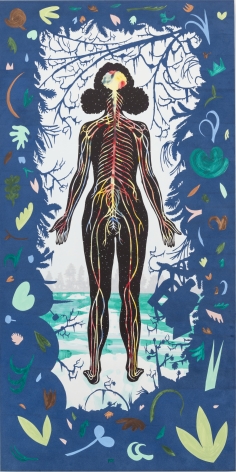 OSCILLATION: An Exhibition About Painting
Curated by Dan Cameron as a Prospect.4 PS satellite exhibition

This exhibition presents the work of four New York painters who share an interest in exploring conventional pictorial subjects through the use of techniques and visual cues that are heavily derived from the histories of abstraction, cinema and the decorative arts. Given their tendency toward visual complexity, the paintings on view don’t nudge their subjects toward a compromise or depletion of meaning so much as they suggest layers of multiple readings, in which the viewer’s response is also expected to be pulled in multiple directions.

The title, Oscillation, makes reference to an accelerated state of attention in which one’s awareness is in a constant state of flux between multiple points of reference. The exhibition’s underlying premise is that not only can a painting be both abstraction and representation simultaneously, but it can also juggle several types of abstraction and representation at once.

In William Villalongo’s intricate allegorical diptych, Summer and Winter, the standing female subject is both a solid figure and a silhouette of a void — an empty space through which one can gaze out at the nighttime sky. She is surrounded by both botanically plausible vegetation and multi-colored wisps of abstract fancy, both of which carry equal levels of plausibility. In contrast, Adam Cvijanovic’s multi-paneled composite pictures, which seem to incorporate the panning effect of a movie camera, tend to jump from one painterly mode to another within a single painting, as they merge cartoons, mass media, academic art, and genuine historical documents.

Elliott Green’s paintings have long seemed to split the difference between abstraction and representation, as he keeps one foot squarely planted in each camp. Most recently he seems to have taken on the entire pictorial history of coastal landscapes, and successfully achieves a painting that can be fully enjoyed without ever being acknowledged as fitting into an established genre. With Lisa Sanditz’s paintings of southern and northern borders, we are viscerally reminded of the loaded aspects of border crossings at a time of anti-immigration fervor, but it’s hard to put our finger on just what is ominous about these paintings. In a sense, they are also fully enjoyable as powerful improvisations of color and texture, but the tension with their sometimes loaded subjects is undeniable.

Although it can sometimes appear as if contemporary painting doesn’t really require a subject other than itself, painters themselves are generally immersed in a self-selecting field of their stylistic forebears, perf group and younger contemporaries. As painting is pushed closer to the possibilities of multiple input opened up by digital media, the boundaries between representation and its absence are than likely going to continue to dissolve before our eyes. 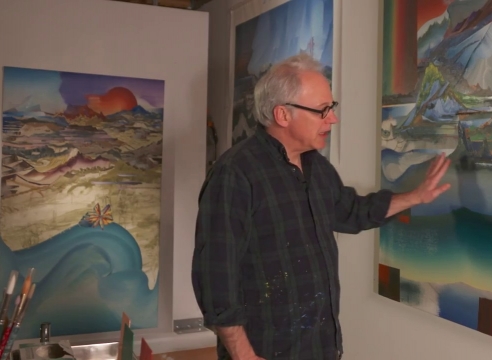 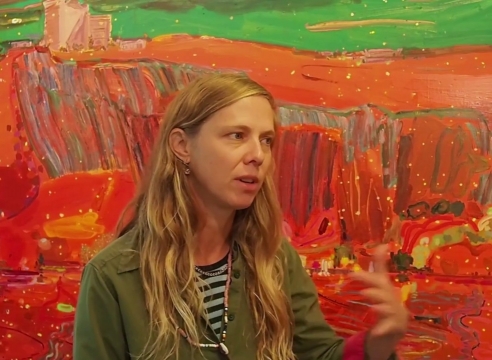