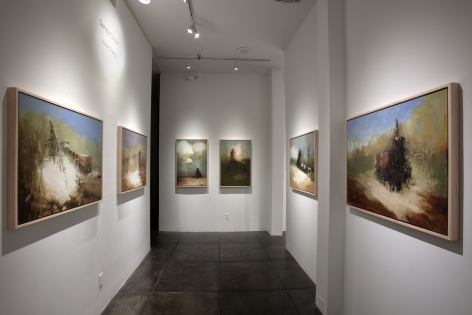 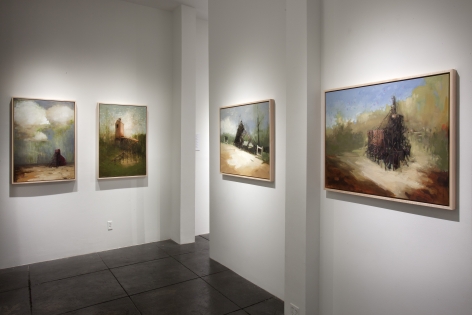 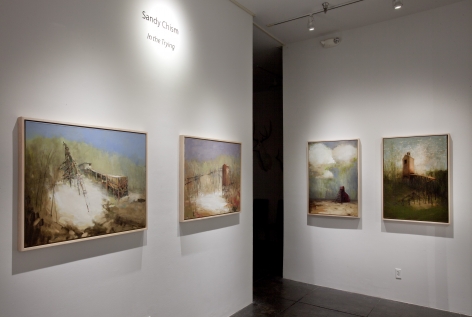 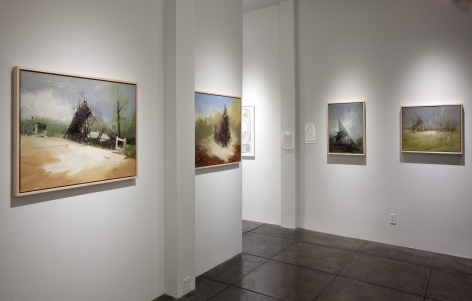 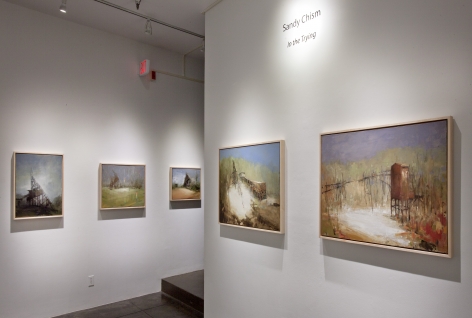 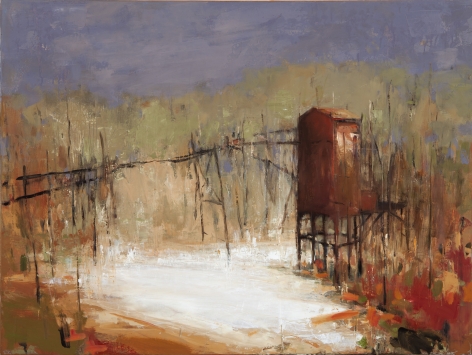 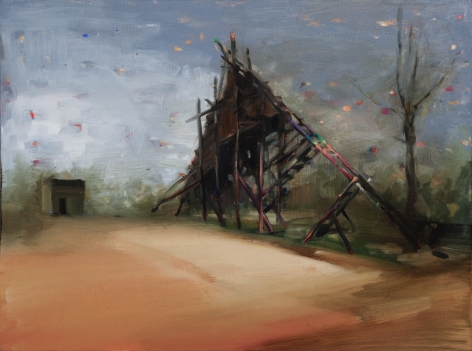 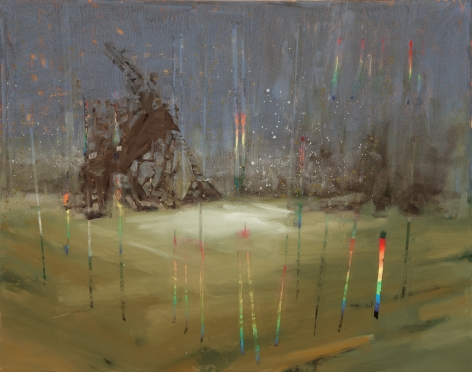 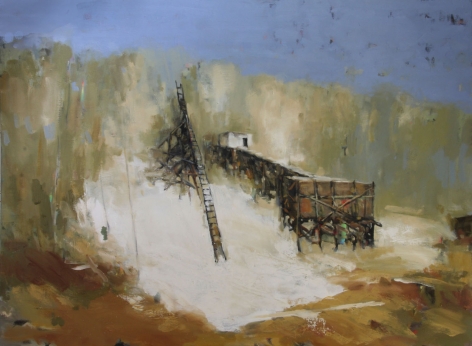 JONATHAN FERRARA GALLERY is pleased to announce In the Trying, a new series of oil paintings by SANDY CHISM.  The exhibition will run in the Middle Gallery from June 1st- July 21st, 2012, with an opening reception on Saturday, June 2, from 6-9pm.

For this exhibition, Chism has used as inspiration the photographs of Bernd and Hilla Becher who are most well known for their images of civic and industrial structures that are highly engineered and massively solid.

Chism states of this series:

I was more attracted to the Becher's images of late 19th century coal tipples for their completely opposite qualities.

The tipple's engineering is clearly makeshift. The structure is thin, open and insubstantial. They are often positioned obliquely to expose that the conveyors are strengthened with repairs of the weak and slight. Askew and awry, they once lifted the masses of coal to be tipped into the upper sorting hoppers.

In another way, the tipples resemble ladders. They evoke aspirations to climb out of the steep embankments. Similarly, they recall feeble towers of Babel, their frailty is a result of abandoned beginnings. To celebrate this impulse to get above base origins, I have adorned the structures and surroundings with spare but intense color, a small residue of imagined high mindedness. Yet, the physical structures still struggle to rise above thicker paint or rushing perspectives. Age and entropy make merely maintaining verticality a virtue and a goal.

SANDY CHISM has been a Professor of Painting in the Newcomb Department of Art at Tulane University since 1996. She has had five solo exhibitions with the gallery and her work has been exhibited locally, nationally and internationally. She is known for her paintings that combine the ethereal and the concrete. Similarly, her work often incorporates imagery to describe the flux between opposites in nature such as the cycles of life and death, the single versus the multiple, the micro and the macro, stillness and frenzy and chaos versus order.

In July of 2000, a ten-year survey of her work was exhibited at the Contemporary Arts Center, entitled Sandy Chism: A Survey and included paintings as well as large scaled mixed media installations. A catalog published by the Contemporary Arts Center is available through Amazon. She has received grants from the Louisiana Division of the Arts and the Pollock Krasner Foundation and been awarded residencies at the Santa Fe Art Institute and the First International Colony of Artists in Debrecen, Hungary.

Ms. Chism’s paintings are featured in the permanent collections of the New Orleans Museum of Art and the Frederick R. Weisman Art Foundation Collection in Los Angeles. Her work has been reviewed in Art in America, New Orleans Art Review, The Times-Picayune, Gambit Weekly, Forum Magazine and The Journal Santa Fe. 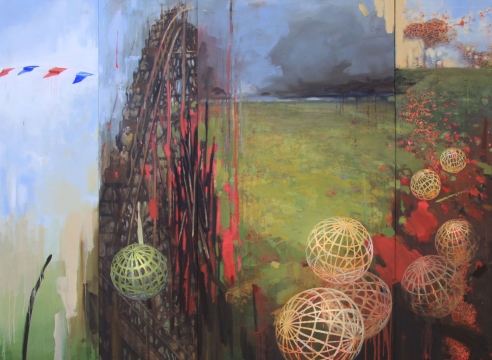