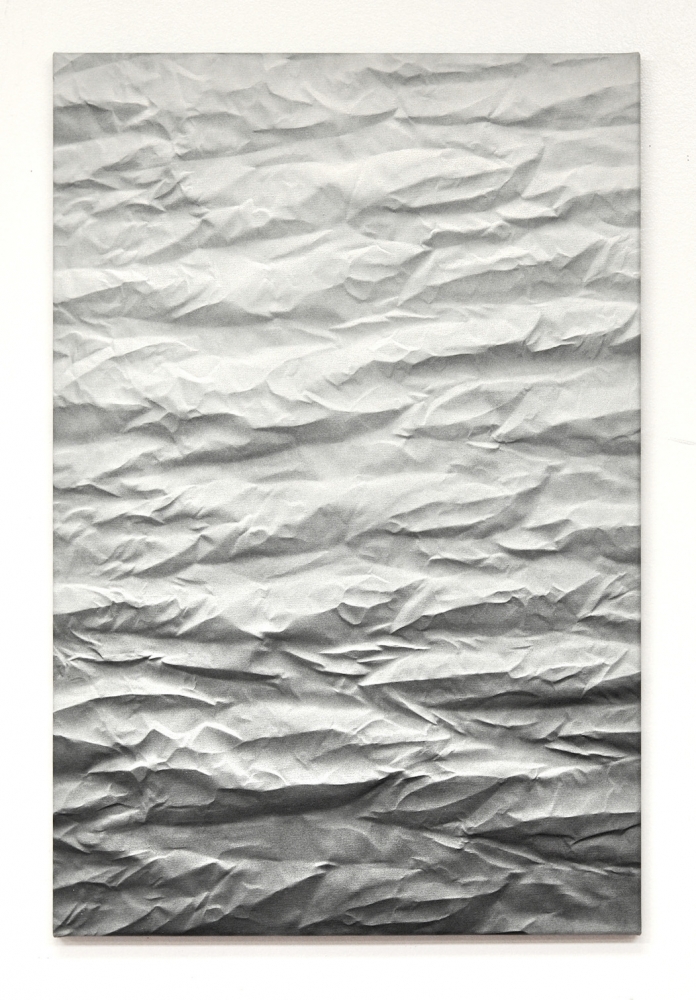 this years VOLTA I wanna focus very much on the works of BONNIE MAYGARDEN, a talented multimedia artist who received her MFA in Studio Arts from Tulane University and attended Pratt Institute in New York, where she received her Bachelor’s of Fine Arts.

when I heard that Bonnie Maygarden is going to be showing her work at the AESOP shop in BASEL and that I can write about it on the blog I felt very honored for two reasons. firstly its awesome to have the work of such a great young artist in Basel and secondly that I can interview Bonnie and ask her a bit more about the piece she is showing in Basel. so after this blogpost there will be a follow up where I can tell and show you more about the AESOP exhibition.

“I create paintings without the aid of technology, yet I am interested in making works that are informed by and react to a culture defined by a digital experience. My work references familiar technology-created images, such as photography, x-rays, or Photoshop filters, yet are created only using the meticulous illusion of paint. Through referencing the digital image I am able to make paintings that walk the line between something and nothing, that both play to our expectations of the disposable contemporary image and the valued tradition of the handmade.”

as you just read in the text above, Maygarden is having a run. I really appreciate the color sensitivity in her artworks and am a huge fan of her patterns. the pieces that I am showing in this post have a great depth and an almost relief-like appearance. her work reminds me a lot of fabric and tissues. another impression that her artpieces leave on me is the feeling of nature and landscape, I somehow think of the swiss alps and the relief maps of them.