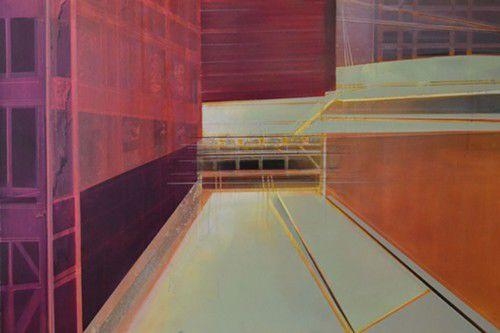 This show marked a move in an increasingly abstract direction for Shopoff, who nonetheless continues to focus on urban architecture as a key subject. Shopoff often starts with a photo reference, but that starting point is just as often rendered unrecognizable in the finished project. Her art proposes that the architectural edifices, ones that we take comfort and pride in, may not be around forever. This particular trajectory is evidenced most clearly in "The Bathtub," based on a photo of Ground Zero in New York City. This is one of those rare shows that I appreciate much more now, in retrospect.