29 May 2019 (New Orleans, LA) JONATHAN FERRARA GALLERY is pleased to announce the first solo exhibition of Japanese artist, Akihiko Sugiura, entitled KYORAI (去来) : Coming and Going. This exhibition stems from the collaboration between Arte Laguna Prize and Jonathan Ferrara Gallery, which selected Akihiko Sugiura as a finalist in the 13th edition of the Arte Laguna Prize 2018.19. Sugiura presents seven new paintings and two sculptures. The title of the show, Kyorai, roughly translates to “coming and going,” “recurrence” or somewhere between past and future. Typically, this Japanese saying is used for the “coming and going” of feelings, memories, views, or perspectives. Sugiura invites the viewers to experience the mindset of floating between their memories and views/hopes/fears about their future through his art works. The works reject the conventional understanding of painting by asking the viewer to question their self-existence. The exhibition will be on view from 29 May through 15 July 2019 with an opening reception coinciding with the Arts District of New Orleans’ (ADNO) First Saturday Gallery Openings on Saturday 1 June 2019, from 6-9 pm.

The artist discusses his new and previous paintings…

Ultimately, while my artwork certainly takes the form of painting, it is not painting in the traditional sense. It represents something yet does not represent anything. There is meaning, and yet it is meaningless. It is retinal artwork, yet it is simultaneously ideological art. While there are correct interpretations of this artwork, at the same time, there are no incorrect interpretations.

As for the glassworks, they present new concept to break-up the main flow of contemporary art.

Additionally, glassworks have philosophical elements. They contain the philosophy of all ages and countries, as well as the conflicts. While this work includes the history of any art, it is totally denied by them as well.

The brainchild of Cultural Association MoCA, Arte Laguna Prize is an international art competition dedicated to the visual arts, in particular painting, sculpture, photography, video art and performance, virtual and digital art. Its aim is to promote and support the artists and their career by offering a range of opportunities.

Since 2006, Arte Laguna Prize has grown and created year after year a network of collaborations with Foundations, Museums, Galleries, Companies, and Art Residencies programs. It established partnerships with art galleries, connections with the business world and art residencies.

During its 10 editions, Arte Laguna Prize has worked with artists from over 112 countries and with professionals from different backgrounds in the international art scene that make up the judging panel.

Since 2010, the exhibition of the 110 finalist works has been held at the Arsenal of Venice, one of the most popular venues for contemporary art in the world. 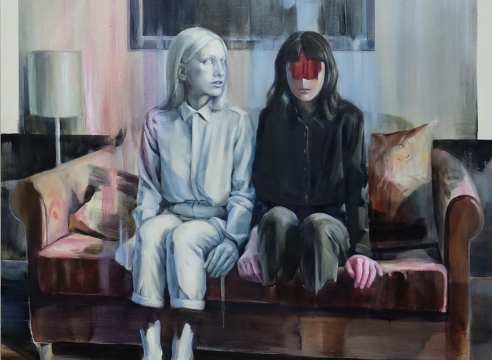