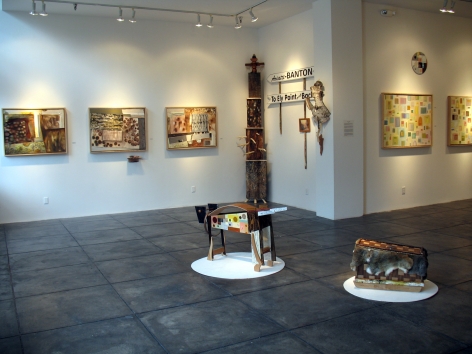 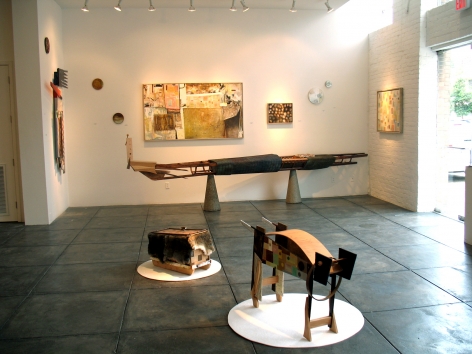 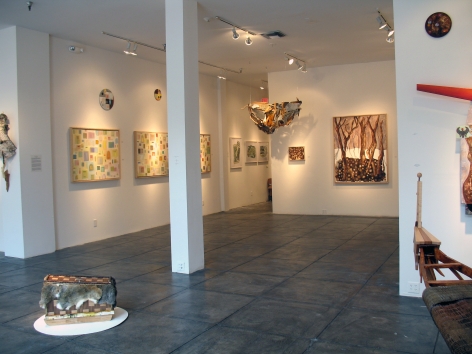 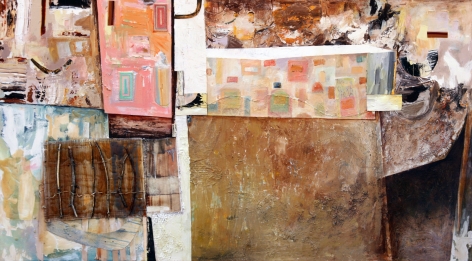 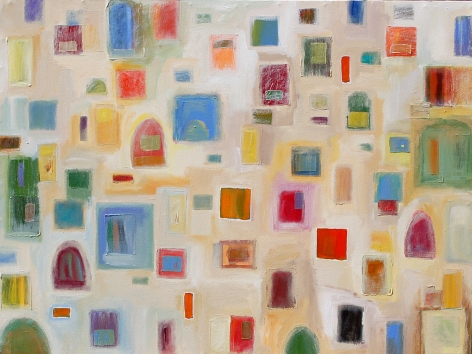 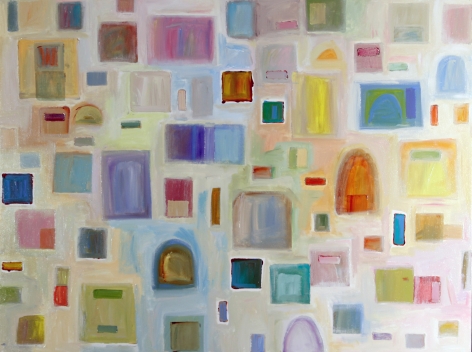 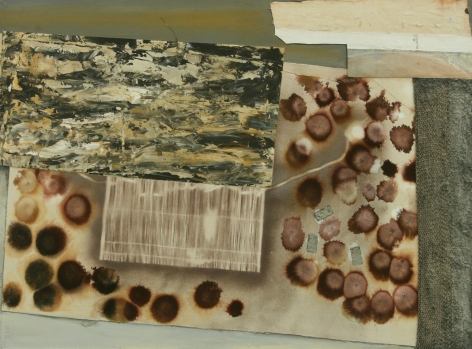 JONATHAN FERRARA GALLERY is proud to announce its upcoming August exhibition “To Ely Point and Back”, new paintings and sculpture by accomplished artist KATHLEEN ARIATTI BANTON.  The exhibition opens with an artist reception on Saturday August 2, 2008 from 6-10pm in conjunction with the annual Whitney White Linen Night that draws over 30,000 people to the galleries in the New Orleans Arts District.

“To Ely Point and Back” is a continuation of Banton’s exploration of texture in  nature and her surroundings Her current body of work embraces her trademark style she calls “gestex”, which encompasses her general philosophy regarding painting and creating…emotions, experiences, and intuition combine to form abstract paintings that are both gestural and textural. This work goes a few steps further combining wood and other sculptural elements into her paintings.  Ely Point refers to her new post-Katrina home in The Northwoods of Wisconsin where she spends a majority of her painting time. However, as a life-long New Orleanian, her heart is never far from The Crescent City and her new work draws upon similarities she sees between her current and old environment.

In her own words…

“My work has always been affected by the texture of my environment. Like a chameleon, my work and I may change to the eye. My address is different and the Midwest has been very kind to me.  But just maybe, the gray in the birch columns is really the color of the concrete in the columns of Gallier Hall.  And possibly that soft white snow is the powdered sugar on a beignet.  And if I squint real hard, those fishing hut villages are actually the mini cities on St. Charles Avenue neutral ground waiting for Rex.  With a flip of the color wheel, orange, yellow and red can easily become purple, green, and gold.  As an artist, it is not always about what you see; but it is also about what you feel.”

KATHLEEN ARIATTI BANTON earned her BFA from Auburn University and her MFA from Boston University and has been featured in numerous solo and group exhibitions and publications.  Her work is in the permanent collection of the New Orleans Museum of Art, Whitney National Bank and several prominent private collections as well.  Her sculpture work was selected as part of 2003’s International Sculpture Center juried show at Grounds for Sculpture.  In 2004 Kathleen was awarded a Public Art Grant for the permanent collection of  the General Government Building in Jefferson Parish, LA.  She has been widely exhibited for over fifteen years across the United States and also in Europe.